The People Vs. George Lucas Trailer Rekindles My Need for Therapy 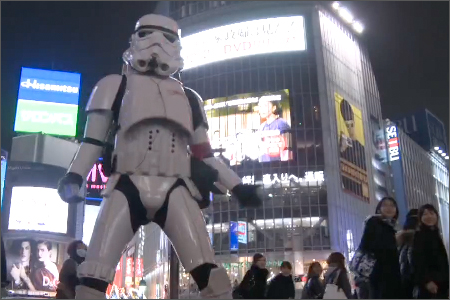 I came across this trailer for The People Vs. George Lucas over at Slashfilm, and man it gave me goosebumps and rekindled by need for therapy. I know I’m sick, but every time I think of the prequels a lightning bolt of hate and nausea rockets down my spine, and my loved ones have to prevent me from committing suicide by eating my Dash Rendar figures.

Nothing is as such great a source of mutual bliss, innocence, and unfettered cynicism in the Drinkwater family as the Star Wars saga. Those who know Pepsibones intimately know that the Star Wars Prequels broke him permanently. He was transformed from a chubby, cute little wide-eyed kid into an emaciated, hairy, full-blown cynic. He went from loving life and all the potential that laid before him into dismayed at his beliefs over the eventuality of all his heroes letting him down, the plight of the artist and their eventual decline into failure, and creating alternate personalities for himself. If not for Jar Jar Binks, I may have a brother nicknamed Bubby still, and not rambling about hypertextuality under the name of Pepsibones Krueger.

This trailer captures almost perfectly the tension between the sides of the Star Wars equation: unfettered love, and immeasurable, incomprehensible dejection. I got goosebumps watching it, and while thinking of the beauty of the Binary Sunset, I bit the inside of my cheek wanting to weep over the idea that a long-eared douchebag who spoke Jive brought down the Galactic Empire, and Boba Fett was the clone of a Kiwi asshole.