Archives
« Plans have been announced for Full Greenhouse on International Space Station. Cosmic cabbage, baby!
Astronomers got new images of R136 which is the most massive star ever found » 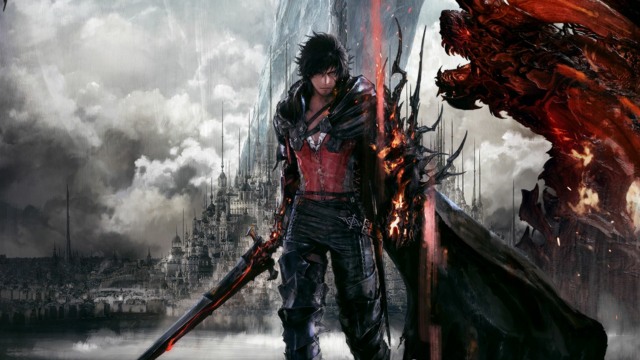 I’ve been excited for Final Fantasy XVI since its first tease, and now I’m even more excited. In a recent interview, the latest installment’s producer has said the series is “struggling” to keep up with the times. That sort of candid and accurate assessment is exactly what I want from the dude helming the upcoming title. None of this fucking blowing smoke up our asses and pretending the series hasn’t been bumpy as fuck. Own the problems, and in doing so, begin to address them. Let’s go baby!

Final Fantasy XVI’s producer Naoki Yoshida was very candid about the current state of Final Fantasy. In a recent interview with Inverse, he said that the long-running RPG series was not very adaptable to sea changes in the gaming industry.

“In terms of whether Final Fantasy is successfully adapting to industry trends, I believe the series is currently struggling.” Yoshida said. “We’re now at a point where we receive a wide variety of requests regarding the direction of our game design.”

Final Fantasy XIV was originally known as a janky and generic game when it launched in 2010. Players were unhappy, and the development team had been demoralized. Once Yoshida took the helm as the ill-fated MMORPG’s producer, FFXIV experienced a complete revival. The game is now spoken of as a rival to World of Warcraft, and the latest expansion was so highly anticipated that Square Enix had to halt sales to manage congestion. He is one of the most qualified people to speak to the series’ need for innovation. His belief is one of the reasons why he’s taking FFXVI in a darker direction than most Final Fantasy games.

Yoshida seems to be trying to set realistic expectations for the series, which he’s previously done to explain the lack of Final Fantasy XVI updates. “To be honest, it’d be impossible to satisfy all those requests with a single title. My current impression is that all we can really do is create multiple games, and continue creating the best that we can at any given time,” Yoshida told Inverse.

But he wasn’t all doom and gloom about Final Fantasy. He spoke positively about FFXIV’s potential longevity as a live service game. “I want to keep making sure that Final Fantasy XIV will be fondly remembered by many as a fun game that gave them the best gaming experience. I also want to make sure that it will remain in operation for decades to come.”

Final Fantasy may be facing an uphill struggle, but Yoshida doesn’t seem to see it as a bad thing. “I believe the essence of a job is getting paid to do what others find troublesome,” he said.

Yoshida is currently the producer of Final Fantasy XVI, the next mainline single-player game in the series. According to the producer, the game will deal with more “mature” themes than previous entries, likely due to the poor reception of its predecessor Final Fantasy XV. The game was delayed because of the pandemic, but Square Enix has set the release date for summer 2023.