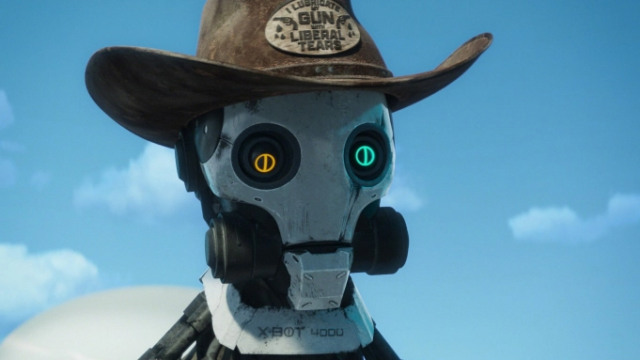 Ah, fuck yeah! I believe we have all become so accustomed to Netflix sticking its rotting dick into the dying maw of beloved series after series that this counts as a genuine victory. Love, Death + Robots Season 4 has been ordered by Netflix, baby!

The adult animated anthology series “Love, Death + Robots” premiered back in 2019 with some truly awesome episodes, and Netflix has announced today that the series from producers Tim Miller and David Fincher has been renewed for Season 4!

The anthology collection spans the science fiction, fantasy, horror and comedy genres and each short has a unique animation style: from traditional 2D to photo-real 3D CGI.

The 12 time Emmy-winning animated anthology just returned to Netflix on May 20 with a critically acclaimed Volume III. Terror, imagination and beauty combine in nine new episodes which stretch from uncovering an ancient evil to a comedic apocalypse, telling startling short stories of fantasy, horror and science-fiction with trademark wit and visual invention.