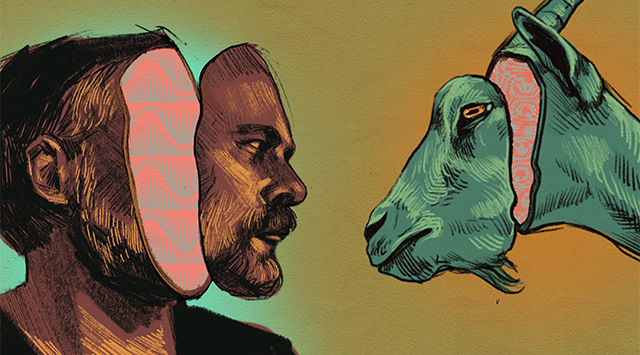 A new film for Amazon will answer the hypothetical question of what could have happened to Philip K. Dick’s real-life twin sister if she hadn’t died at a young age, according to The Hollywood Reporter.

Produced by Charlize Theron, Alfonso Cuarón, and Dick’s daughter Isa Hackett, Jane is currently “being developed with an eye for Cuarón to direct and Theron to star,” The Hollywood Reporter says.

“Befitting a man of his unique imagination, this film will defy the conventions of a biopic and embrace the alternate reality Philip K. Dick so desperately desired,” Hackett told THR.

Amazon describes Jane as “a moving, suspenseful and darkly humorous story about a woman’s unique relationship with her brilliant, but troubled twin, who also happens to be the celebrated novelist Philip K. Dick. While attempting to rescue her brother from predicaments both real and imagined, Jane plunges deeper and deeper into a fascinating world of his creation.”

Born in 1928, Dick broke through as a science fiction writer in 1962 with The Man in the High Castle, and continued to make a name for himself with novels such as Do Androids Dream of Electric Sheep? His work went on to define much of the sci-fi genre, and inspire tentpoles such as Blade Runner and Minority Report.

Cuarón is known for directing films such as Y tu mamá también, Harry Potter and the Prisoner of Azkaban, and Roma. Theron is known for starring in films such as Mad Max: Fury Road and The Fate of the Furious, and recently joined the ranks of actors appearing in the Marvel Cinematic Universe.