‘Cobra Kai’ Season 5 has been greenlit at Netflix. Cool, but let’s end this shit soon, k? 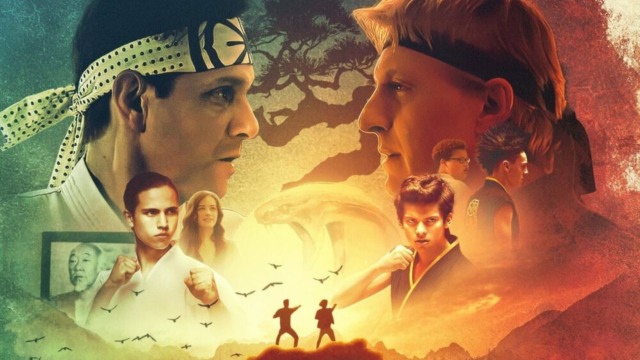 Cobra Kai is getting a Season 5, folks. This is good news, but I want them to wrap this shit up. Don’t get me wrong, I fuck heavy for Cobra Kai, but I fuck with it less heavy every season. Like, the more stalling you to do complete Johnny et. al’s arc, the more stale it will feel. A significant portion of Season 3 felt like treading water, and I’d rather have less Cobra Kai than more Cobra Kai if it means that sort of bullshit.

Netflix to Cobra Kai: “You’re the best around. Nothing’s gonna ever keep you down.” After a successful season three debut with season four coming very soon, the streamer just announced it has greenlit a fifth season of the hit Karate Kid themed show that begins filming in Atlanta, GA later this year. “Because Cobra Kai never dies,” tweeted co-creator and executive producer Jon Hurwitz. Which, indeed, is true. The show has had an incredible run on its way to this news.

Cobra Kai debuted way back in 2018 on the now defunct YouTube Red. The show gained some fans (like io9), but due to its relatively under-the-radar streaming outlet, it never quite grew as big as its cast and crew thought it could be. Season two also debuted on YouTube and season three was shot with that in mind. Meanwhile, YouTube had started cutting original programming left and right with only one or two shows remaining, Cobra Kai among them. Before season three aired, YouTube decided it wasn’t going to make more, so the show was sold to Netflix. And that’s when Cobra Kai gave a crane kick to the world.

Fast-forward to August of 2020. The first two seasons of Cobra Kai move from YouTube to Netflix and instantly, it’s a hit. Fans from around the world realize what we here at io9 had been saying since day one: Cobra Kai is amazing. The perfect blend of 1980s nostalgia with new characters and stories. Season three followed early in 2021 and season four will be here in December.