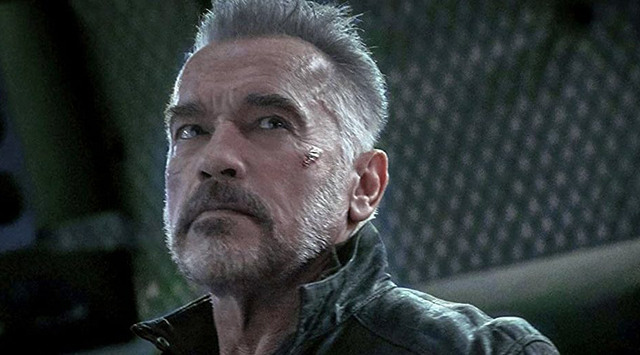 Motherfuckers, Arnold Schwarzenegger is coming to TV! Or rather, coming to that weird ephemeral concept that we still call TV. Dude has had a spy adventure series ordered by Netflix. Is it going to be good? Who fucking knows! I sure hope it is!

Arnold Schwarzenegger‘s untitled spy series has officially landed at Netflix. After reports last year that the spy adventure series starring the Terminator actor could picked up by the streamer, Netflix announced that it has given a series order to the spy adventure show from Skydance Television and Jack Reacher creator Nick Santora.

Arnold Schwarzenegger’s first foray on the small screen will be on Netflix. The untitled project stars Schwarzenegger and Monica Barbaro (Top Gun: Maverick, Zack Snyder’s Army of the Dead) as a father and daughter duo who “learn that they’ve each secretly been working as CIA Operatives for years, they realize their entire relationship has been a lie and they truly don’t know one another at all. Forced to team up as partners, our series tackles universal family dynamics set against a global backdrop of spies, fantastic action and humor.”

Netflix has ordered eight 60-minute episodes of the global spy adventure, which marks Schwarzenegger’s first-ever TV project. But he appears to be in good hands, with Nick Santora at the helm. Santora, who created the series and acts as showrunner and executive producer, is best known for Scorpion on CBS and is slated to be showrunner on the Jack Reacher series that Skydance has in the works at Amazon. Santora developed the original idea for this spy series as part of his overall deal with Skydance Television.

The premise sounds like a fun vehicle for Schwarzenegger, who hasn’t really appeared onscreen lately beyond the recent Terminator films. But he and many former ’80s action stars have been figuring out how to navigate stardom as older actors, and this kind of father-daughter spy story seems like a good route — giving us the classic dynamic older, wizened pro who mentors the younger hotshot.

Schwarzenegger seems excited for the project, saying in a statement, “Fans from all over the world have been asking me for a wild ride like this for years, and now they’re finally going to get it because of our great partners at Skydance and Netflix. I am beyond pumped to start work on the show with Nick and Monica and the whole team.”

Skydance’s David Ellison, Dana Goldberg and Bill Bost will be executive producing the series along with Arnold Schwarzenegger.