Archives
« Disney and Sony Sign Deal Bringing Spider-Man Movies to Disney Plus. Now Keep the Dude in the MCU, Plz?
NASA’s Perseverance Mars Rover Has Created Oxygen on the Planet. Wait what? » 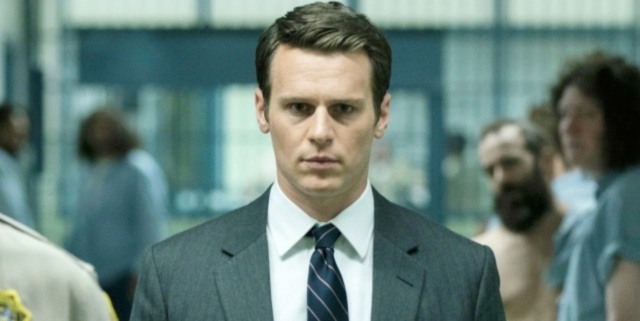 Folks, David Fincher is reportedly discussing Mindhunter Season 3 with Netflix. Like please don’t get my fucking hopes up, dudes. I had made my peace with this shit not happening. Now? This shit just resets the Grief Clock.

David Fincher’s acclaimed psychological thriller series Mindhunter hasn’t officially been canceled by Netflix, but the streaming service did release Jonathan Groff, Holt McCallany and Anna Torv from their contracts at the beginning of last year when season 3 failed to take shape to the satisfaction of either The Social Network director or the platform’s decision makers.

The flame is being kept alive almost entirely by the fact that Fincher recently signed an exclusive four-year development deal with Netflix, and his period prestige drama Mank drew strong reviews from critics and found itself nominated for ten Academy Awards including Best Picture and Best Director. Since then, though, the only project he’s committed to is The Killer, which has been resurrected for the streamer after the filmmaker spent years trying to get it produced elsewhere.

Fincher admitted that Mindhunter didn’t generate viewing numbers that were high enough to justify the investment made on the gripping and atmospheric dive into the world of serial killers, despite the fact that it’s largely regarded as one of Netflix’s best ever original shows. However, a new report claims that talks have taken place behind the scenes about potentially revisiting the idea of a third run of episodes.

It was always likely that discussions would be held given the director’s contract with the company, but it takes him a long time to put a feature film together, so the main stumbling block would probably be how thin it would stretch his creative resources. It was never one of Netflix’s most-viewed shows by any stretch of the imagination, but the critical acclaim was there, and as one of the most recognizable auteurs in the business, there’s a chance that Fincher’s Mindhunter could yet end up back on our screens.