Archives
« Monday Morning Commute: I love the kind of woman that can kick my ass!
NASA has shared video of Mars Perseverance rover landing. Also, first audio from Mars. From. Mars. Mars!!! » 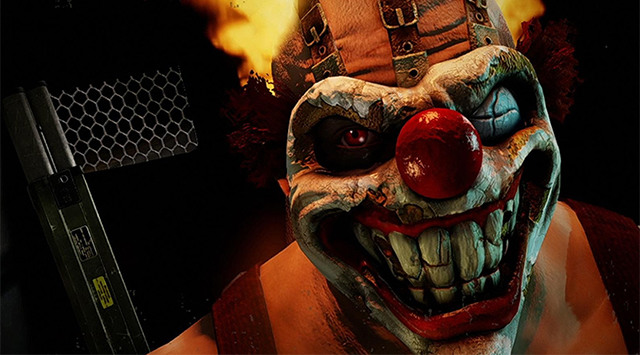 Hold the fuck on, Monday! There’s a Twisted Metal TV series coming from the Deadpool writers? I certain as shit didn’t see this coming, but I’m down like a clown for it. Get it? A clown? Fuck you! Seriously though, the writers of the Merc With A Mouth flick are perfect for this shit. The idea of this series becoming a show is self-evidently preposterous, some two writers who won’t take it too seriously are fantastic.

The new series is described as an action comedy, based on an original take by Rhett Reese and Paul Wernick, the writers behind the “Deadpool” films and “Zombieland.”

“’Twisted Metal’ is one of the most beloved franchises from PlayStation,” said Asad Qizilbash, head of PlayStation Productions. “We are thrilled to have such a great team working on bringing this iconic game to life for the fans.”

The show is about a motor-mouthed outsider who is offered a chance at a better life, but only if he can successfully deliver a mysterious package across a post-apocalyptic wasteland. With the help of a trigger-happy car thief, he’ll face savage marauders driving vehicles of destruction and other dangers of the open road, including a deranged clown named who drives an all too familiar ice cream truck, whom fans of the game will know as Sweet Tooth.
Michael Jonathan Smith, who most recently wrote for and produced “Cobra Kai, will write and executive produce the series. Reese and Wernick are attached to executive produce. Will Arnett will executive produce via his Electric Avenue production company along with Marc Forman and Peter Principato of Artists First. Arnett is currently under a first-look deal at Sony Pictures Television. Qizilbash and Carter Swan of PlayStation Productions will also executive produce, as will Hermen Hulst, head of PlayStation Studios.

There has been speculation that Arnett will voice Sweet Tooth in a cameo, but according to an individual with knowledge of the project, no deal is currently in place for him to do so.

This marks the second high-profile project from Sony Pictures TV and PlayStation Productions in recent months. A series adaptation of “The Last of Us” has been ordered at HBO, with Pedro Pascal and “Game of Thrones” breakout Bella Ramsey set to star.

“We love Twisted Metal in all its twisted insanity,” said Glenn Adilman, executive vice president of comedy development for Sony Pictures Television. “Michael Jonathan Smith hit it out of the park with an action-packed, brilliantly funny adaptation and we are grateful for the support of Rhett, Paul, Will and our friends at PlayStation.”