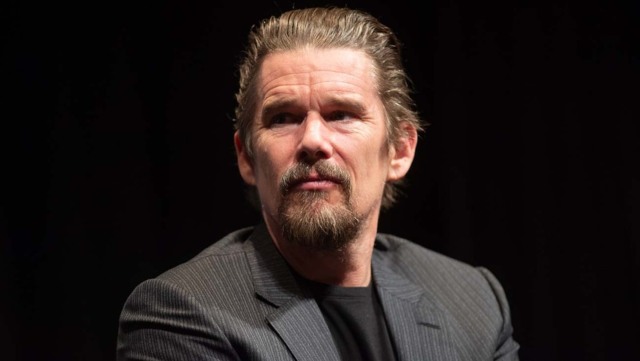 Man. Disney snagged my interest in Moon Knight (a character I admittedly love) when they cast Oscar Isaac in the titular role. But, now them motherfuckers are exacerbating my excitement. Why? ‘Cause they fucking cast Ethan Hawke as the villain. Oh, dear Hawke. Welcome to the world of superhero roles, it’s sort of surprising it’s taken you this long to land one.

Isaac plays the title character Moon Knight, aka Marc Spector, a mercenary who has numerous alter egos — cabbie Jake Lockley and millionaire playboy Steven Grant — in order to better fight the criminal underworld. But later he was established as being a conduit for the Egyptian moon god Khonshu. Most recently, the character was a consultant who dresses in all-white and goes by the name Mr. Knight.

It’s not clear who Hawke will play. The main villain in Moon Knight has largely been Bushman, a mercenary who turned on Mr. Knight over Egyptian gold. Hawke most recently starred and created Showtime/Blumhouse’s The Good Lord Bird.

Deadline first reported that Clash helmer Mohamed Diab will direct Moon Knight along with Justin Benson and Aaron Moorhead. Production is starting in March in Budapest.

THR first had the news about Moon Knight.