Bethesda has revealed ‘Indiana Jones’ game being developed by ‘Wolfenstein’ crew. This is so fucking radical. 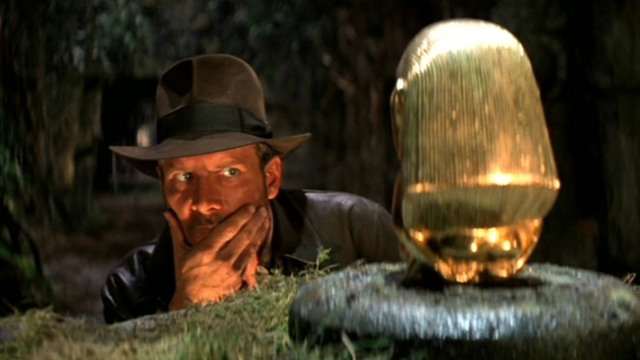 Hey! Do you need more of a reason to hop on the Microsoft train? Bethesda has announced an Indiana Jones game, and it’s being helmed by the team behind Wolfenstein. I mean, mamma fucking mia! Bethesda (ostensibly) going Microsoft exclusive was already fantastic for the company’s line-up of games. But this absolutely fucking accelerates the situation.

Elder Scrolls and Fallout publishers Bethesda Softworks today announced an Indiana Jones game, of all things. It’s being made by MachineGames, the studio who revived Wolfenstein starting with The New Order. They say the mystery game will have an original story, so don’t expect a direct adaptation of the Harrison Ford adventure films. Beyond that, it’s a mystery. And apparently not due out for a while. For now, come watch the teeny teaser trailer.

“A new Indiana Jones game with an original story is in development from our studio, MachineGames, and will be executive produced by Todd Howard, in collaboration with Lucasfilm Games,” Bethesda tweeted today. “It’ll be some time before we have more to reveal, but we’re very excited to share today’s news!”

MachineGames did well to balance drama, fun, and killing Nazis in their Wolfenstein games, so they sound a pretty good fit for the adventures of Doctor Jones. The field of action-archaeology has grown more crowded since Indie’s heydey, mind, between the fun adventures of Uncharted or the misery of the new Tomb Raider. I’d like to see what MachineGames do.

Lucasfilm announced the revival of the Lucasfilm Games brand name only yesterday, and frankly I’m surprised they’re doing something that isn’t another Star War. They made Indiana Jones games themselves, back in the day, point ‘n’ click adventures like The Fate Of Atlantis, which Cara wrote about back in 2014.