Archives
« The Moon may be littered with rocks from Ancient Venus. Let’s go fucking get them!
Benedict Cumberbatch Joins ‘Spider-Man 3’ as Doctor Strange. Oh lord, here comes the Spider-Verse! » 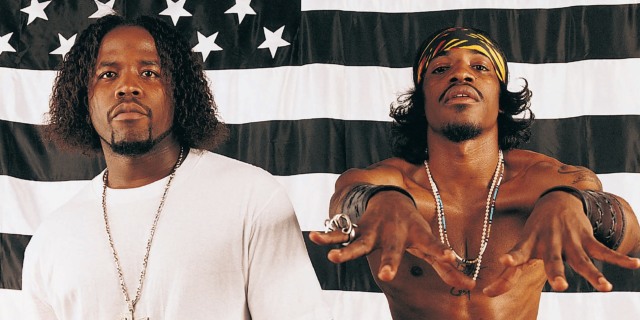 Stankonia is objectively once of the greatest hip-hop albums ever. Ever! So, it’s pretty fucking sick that it’s getting a reissue with additional remixes and shit. Sign me up.

OutKast’s Stankonia is getting the reissue treatment to mark the record’s 20th anniversary this fall. On Friday, October 30, the record will be updated on streaming platforms with previously unreleased remixes. Vinyl Me, Please will also release a new 2xLP version of the album on black and white galaxy vinyl to subscribers.

Following the creative achievement of OutKast’s third album Aquemini, Stankonia helped the duo crack into mainstream success with singles like “Miss Jackson,” “So Fresh, So Clean,” and “B.O.B.,” which all went platinum. OutKast won honors for Best Rap Album and Best Rap Performance By a Duo or Group at the 2002 Grammy Awards. The record was also up for Album of the Year, but it lost to the O Brother, Where Art Thou? soundtrack.