Archives
« ‘Avowed’ Trailer: After Obsidian went ‘Fallout’ now they’re going full ‘Skyrim’ and I’m here for it!
Best Of OL Plays: Can You Imagine Saying “I Love You” During Sex? »

Fungus growing at Chernobyl could protect astronauts from Cosmic Rays. Like, what the fuck? 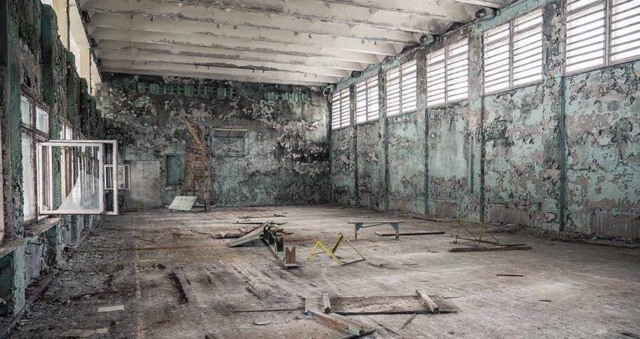 Friends! It appears the fucking flat-out disaster at Chernobyl might have some sort positive outcome. You see, motherfucking fungus growing there could protect astronauts! From goddamn cosmic rays! Which, you know, is cool and all. If you don’t want to gain Fantastic Four-like powers.

Space Shields
One of the biggest challenges facing crewed missions to Mars is figuring out how to protect crewmembers from the onslaught of deadly cosmic rays.

Now, scientists at a number of universities say there’s growing evidence that an unusual solution could be effective: building shields out of a radiation-absorbing fungus that grows near the Chernobyl Nuclear Power Plant. New Scientist reports that the fungus was able to block some cosmic rays after a small test on the International Space Station, giving hope for safe space travel in the future.

Light Armor
The Johns Hopkins University and Stanford scientists behind the ISS study, which was shared online last week, found that an extremely thin sample of the fungus Cryptococcus neoformans was able to block and absorb two percent of the cosmic rays that hit it while it was on the ISS.

That’s certainly not enough to protect astronauts, but the sample in question was only two millimeters thick. A layer just 21 centimeters thick, the scientists say, would be enough to keep future Mars settlers safe.

Easy Installation
The researchers also speculated about weaving some of the material into spacesuit fabric, New Scientist reports, but the main draw of their work is that damaged fungus shields would be able to grow back.

“What makes the fungus great is that you only need a few grams to start out,” Stanford researcher and study co-author Nils Averesch told New Scientist. “It self-replicates and self-heals, so even if there’s a solar flare that damages the radiation shield significantly, it will be able to grow back in a few days.”