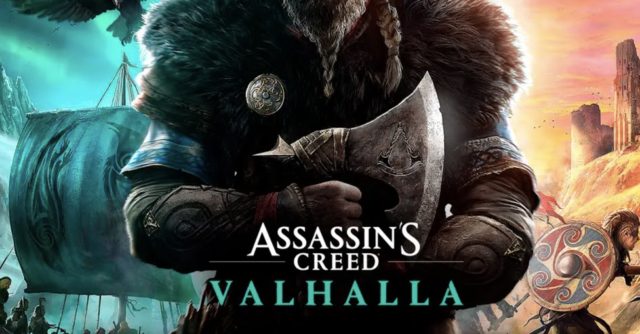 Ubisoft has officially announced the next game in its long-running Assassin’s Creed series: Assassin’s Creed Valhalla, which adds vikings to the world’s preeminent historical murder simulator.

There are not a lot of details for Valhalla just yet — Ubisoft has only released an initial teaser image (created in a live stream by artist Kode Abdo, also known as Bosslogic). But the promotional art shows off the Norse-inspired setting for the upcoming game, including a breaded, grizzled viking warrior wielding an axe that definitely isn’t Kratos from 2018’s God of War.

Still, if the art is anything to go by, it seems that series elements of combat, stealthy assassination, and naval exploration will be returning for the next outing. A full trailer reveal of the game is set for April 30th at 11AM ET.

Ubisoft has yet to announce a release date for Assassin’s Creed Valhalla or which platforms it’ll be available on — including whether it will be available on the upcoming next-generation Xbox One X and PlayStation 5 consoles.