Archives
« That Obi-Wan TV series is currently on “indefinite hold” as they unfuck the scripts. For fuck’s sake, Lucasfilm.
Rumor: The ‘Star Wars: Knights of the Old Republic’ video game remake is totally still happening. Sure, sure. »

Netflix viewership numbers have skyrocketed after they redefined “viewing” as 2 minutes. No, seriously. Can’t make this shit up. 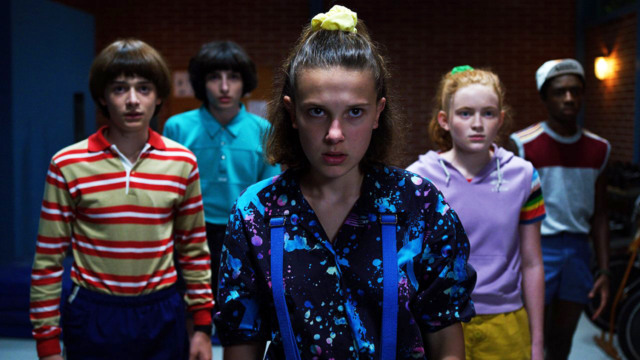 Netflix is all like, our viewership numbers are amazing. And also, like, we define viewing as 2 minutes. This shit is fucking hilarious, man. Like, it’s so far beyond parody that you just need to tip your fucking cap.

Netflix has changed its metrics on how it measures views.

Now, a customer streaming a show for two minutes counts as a view, MarketWatch reports. Netflix shared its new definition of viewership in its first quarterly earnings report of 2020. In the past, the streaming giant recognized any subscriber who streamed 70% or more of a single episode or film as a view. The company conceded that the new rule would boost the viewership numbers it provides by more than one-third.

Netflix shared the new definition in a footnote in its letter. It stated that a view means a customer, “Chose to watch and did watch for at least 2 minutes—long enough to indicate the choice was intentional.” A Netflix spokesman verified that the new rule would count toward the viewing of an entire series, and said that the intention was to show the popularity of a program rather than its actual viewership.

Netflix explained in the letter that its new definition is akin to what competitors like YouTube use to define viewership.

“Our new methodology is similar to the BBC iPlayer in their rankings based on ‘requests’ for the title, ‘most popular’ articles on the New York Times, which include those who opened the articles, and YouTube view counts. This way, short and long titles are treated equally, leveling the playing field for all types of our content including interactive content, which has no fixed length,” executives said in their letter.