Archives
« ‘The End of the F***ing World’ Season 2 Trailer: Alive, but at what cost?
‘The Batman’ director confirms Jeffrey Wright as Commissioner Gordon and let’s fucking go! » 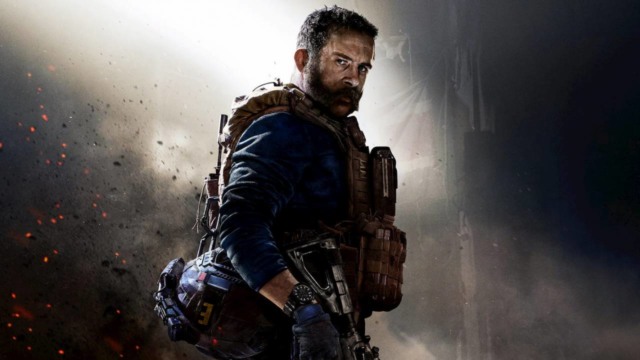 Infinity Ward’s Modern Warfare reboot/remix is paying dividends. On its opening weekend the title made $600 million, which is the most for the series this generation. Me? Well, I bought the title based on the acclaim it’s single-player campaign is getting. Been a minute since I snagged a CoD, but members of the Space-Ship Omega know how much I’ve loved the series over the years. So, I’m stoked to check it out.

Call of Duty: Modern Warfare topped $600 million in sales in its first three days of release, Activision said Wednesday morning, which makes this the highest-selling game in the Call of Duty franchise on this console generation.

The generation’s previous high watermark for the series had been 2015’s Black Ops 3, which saw sales totaling $550 million in its first three days. More recently, Black Ops 4 (2018) and Call of Duty: World War 2 (2017), both had sales of around $500 million in their first three days of release.

While Modern Warfare has sales numbers backing up its blockbuster status, it still isn’t the most successful entry in the Call of Duty franchise. Activision didn’t break out Modern Warfare’s first-day sales, but it’s a fair guess they didn’t beat Black Ops 2 in 2012, which sold a staggering $500 million in its first day of release. Modern Warfare 3, the year before, also sold more than $400 million in its first 24 hours. Activision, in the past, has cited day-one sales when Call of Duty launched on a Tuesday; since the series has shifted to a Friday release, it has gone with three-day totals.

Activision also called Modern Warfare the series’ No. 1-selling PC launch of all time. While that may be true, it’s worth remembering that last year’s release of Black Ops 4 was the first time the series launched on Blizzard’s Battle.Net, and last year’s game seemed to be given more attention from developers than previous PC ports in the series.

Activision also said Modern Warfare is the highest-selling digital release in the company’s history. Again, impressive statistic, but it also says more about a video game industry moving from physical media to digital distribution than it does about the popularity of Modern Warfare itself.

So soon into its launch, it’s hard to say exactly why Modern Warfare’s has had such a dramatic sales increase compared to other Call of Duty games this generation. But there are a few notable differences. Most significantly, Black Ops 4 didn’t feature a single-player campaign at all, while Modern Warfare has made that a highlight of the game’s experience.

It’s also worth noting that this is the first recent Call of Duty title to release without a season pass. Instead, Activision has said that future maps and weapons for the game would be free, and the battle pass that’s coming to the game in the near future will only include cosmetic items.