Archives
« Here is every device Disney+ will stream on at launch. Like, no fucking Smart TVs tho?
‘The Report’ Trailer: Adam Driver uncovers the secret of the US government’s Post-9/11 torture program »

‘Homecoming’ season 2 has Stephan James returning and Kyle Patrick Alvarez will direct all the episodes. I need this to be fucking good! 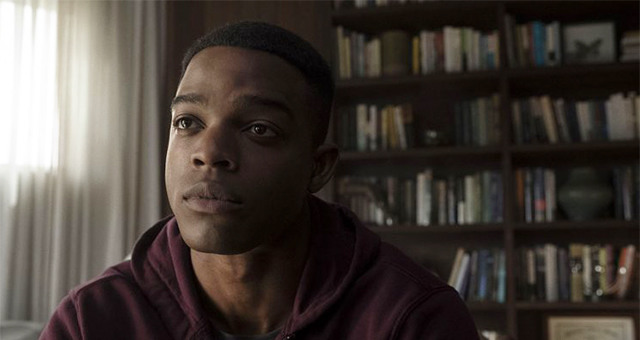 Homecoming is getting a second season, friends. For better or worse. We’ve known that shit. However, now we know even more. Stephan James, who was fantastic in a lead role in the first season, will return. Additionally, Kyle Patrick Alvarez will direct all the episodes. How is my junk-mouth, rot-brain processing this? Cautiously. It’s hard to fathom the follow-up season approaching the heights of the original, given the absence of Sam Esmail. But, that said? It could very well rock in its own way.

Stephan James and Hong Chau are coming back for more, as far as “Homecoming” is concerned.

James, who earned a Golden Globe nomination for his performance in season 1 opposite Julia Roberts, will reprise the role of Walter Cruz, while Chau will return to play Audrey Temple for the Amazon series’ sophomore outing.

The show has also enlisted Kyle Patrick Alvarez to direct all episodes of season 2. Alvarez, who previously directed the Ezra Miller and Tye Sheridan feature “The Stanford Prison Experiment,” will also serve as an executive producer.

News emerged in July that Janelle Monáe will take over the lead spot for Roberts in season 2. Monáe’s character is described as a tenacious woman who finds herself floating in a canoe, with no memory of how she got there or who she is.

“We’re so lucky to have Kyle Alvarez on board to direct season 2, his enthusiasm and relentless creativity are already taking the show in exciting new directions,” said series creators and executive producers Micah Bloomberg and Eli Horowitz. “And we’re thrilled that Stephan and Hong will be returning, we can’t wait to watch as they take their characters on these surprising journeys, far beyond anything we could have expected.”

Variety reported exclusively back in March that Esmail, who directed the entire first season, wouldn’t be returning to helm any episodes of season 2.