Archives
« Edgar Wright’s next movie ‘Last Night In Soho’ is dropping September 25, 2020. Goddamn, that’s a wait!
Jupiter had something seriously huge smash into it on Wednesday. The Cosmos don’t give a shit about us! »

Taika Waititi is working on a “secret movie” apparently about soccer before ‘Thor’ and we are truly blessed, motherfuckers! 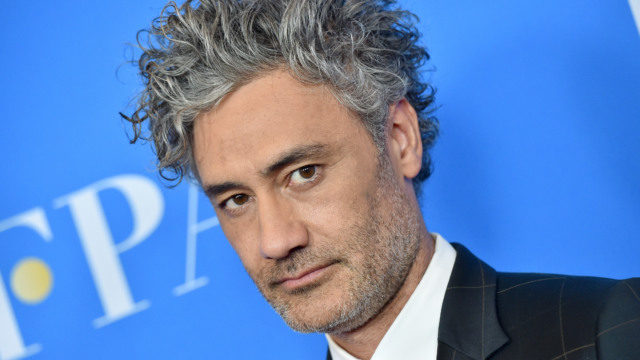 Taika Waititi! Fucking icon, bro. Fucking glorious, bro. And, the dude doesn’t seem to be slowing down. Not only does he have Jojo Rabbit dropping this year, but he’s got the next Thor lined-up! But wait, there’s more! Dude has a secret movie he’s working on prior to returning to the Odinson. If you believe the tea leaves? The movie is about the American Samoa national soccer team. Only this dude could get me to give a fuck about such a subject.

Sources close to the project tell IndieWire that Waititi’s secret project is titled “Next Goal Wins” and is based on the 2014 British documentary of the same name directed by Mike Brett
and Steve Jamison. The documentary followed the American Samoa national soccer team as they try to overcome their status as the world’s worst soccer team and make it into the 2014 FIFA World Cup. “Next Goal Wins” won the Best Documentary award at the British Independent Film Awards.

Earlier: Taika Waititi and Fox Searchlight Pictures are staying together for a secret new movie, Variety reports. The indie production company and distributor is behind Waititi’s “Jojo Rabbit,” which will world premiere at the Toronto International Film Festival before debuting in theaters in October. Waititi is attached to write and direct the mysterious Fox Searchlight movie with Garrett Basch producing. Insiders told Variety that Basch sold Waititi “on the prospect of getting this mystery project finished with enough time to then jump into the next ‘Thor.’”

‘Jojo Rabbit’ First Trailer: Taika Waititi Tears Down Nazi Germany in Anti-Hate Satire
Marvel’s “Thor: Love and Thunder” is expected to go into production at the beginning of 2020, which means Waititi and Fox Searchlight’s secret project will be filmed this fall. The rushed production timeline hints that the film is relatively small scale and probably not an ambitious period piece like “JoJo Rabbit.” Plot details about the film are remaining under wraps. Fox Searchlight’s acquisition of the film proves the studio’s relationship with Waititi is quite strong after the making of “Jojo,” which bodes will for the film’s upcoming Oscar campaign.

Waititi’s involvement with the fourth “Thor” movie was confirmed in July. The director recently appeared at Comic-Con to promote the upcoming sequel, which will reunite the franchise’s main stars Chris Hemsworth, Tessa Thompson, and Natalie Portman. The latter skipped Waititi’s “Thor: Ragnarok,” making “Love and Thunder” the Oscar-winning grand return to the MCU. Marvel’s Comic-Con panel revealed “Thor: Love and Thunder” would include Portman’s character becoming “Female Thor” and Thompson’s warrior Valkyrie getting a queer romance. Disney has already given “Thor: Love and Thunder” a November 5, 2021 release date.

With production on the secret new film set for the fall, Waititi is going to have quite the busy end to 2019. The writer-director will spend part of September world premiering “Jojo Rabbit” at TIFF and will certainly have Searchlight-backed events to attend in the lead-up to the movie’s release date. “Jojo” is being eyed as one of Searchlight’s primary Oscar contenders, so it remains to be seen how the studio will juggle getting Waititi out on the circuit to promote the film through awards season with the production of their new movie.