Archives
« Andy Serkis rumored to be in ‘The Batman’ which would be pretty fucking cool, honestly
USA orders ‘Masters of Doom’ pilot based on the book about id Software’s heyday. Rip and fucking tear! » 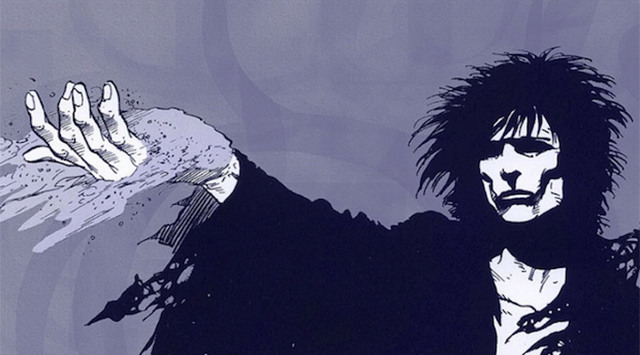 David Goyer is, you know, a kiss of fucking death to me. But, hey! This news is cool if you can look past him.

The Hollywood Reporter has word of the Sandman TV series in the works. An episode count hasn’t been determined, but apparently the deal for the series comes with a hefty, unknown pricetag that makes it the most expensive TV series DC Entertainment has ever produced.

Wonder Woman scribe Allen Heinberg will be writing and working as showrunner while author Neil Gaiman will executive produce along with David Goyer. The latter two had recently been part of New Line’s attempts to turn the comic into a movie.

The Sandman is the universally lauded masterwork following Morpheus, Lord of the Dreaming—a vast hallucinatory landscape housing all the dreams of any and everyone who’s ever existed. Regardless of cultures or historical eras, all dreamers visit Morpheus’ realm—be they gods, demons, muses, mythical creatures, or simply humans who teach Morpheus some surprising lessons.”

That’s the most basic and vague description of the story of a comic series that spans fantasy, horror, and mythology, following the entities of Destiny, Death, Destruction, Despair, Desire and Delirium, as well as Dream.

If that sounds like an epic undertaking, that’s exactly why Warner Bros. struggled for years to get a film adaptation off the ground. Joseph Gordon-Levitt was even trying for a few years as producer, star and director, but ended up bailing on the project after creative differences. The last screenwriter to attempt a draft of the script for a feature adaptation at Warner Bros. was Eric Heisserer in 2016. It was just before Gordon-Levitt walked away from the project, and coincidentally enough, this was the last thing he had to say about it to io9:

“I … came to the conclusion that the best version of this property exists as an HBO series or limited series, not as a feature film, not even as a trilogy. The structure of the feature film really doesn’t mesh with this. So I went back and said here’s the work that I’ve done. This isn’t where it should be. It needs to go to TV.”

So here we are, and Sandman is getting the series adaptation many fans and creatives have always felt it deserved.

Apparently Warner Bros. took the pitch to several outlets, including HBO (which is part of WarnerMedia). However, the cable network wasn’t interested because of how much it would have cost to make. That was the perfect opportunity for Netflix to pick up a potentially huge property that already has a well-established fanbase, and it could easily become one of the streamer’s biggest shows. Of course, it actually needs to get off the ground first. And considering how long Warner Bros. was trying before this, we won’t hold our breath until it’s actually in front of a camera. Stay tuned.