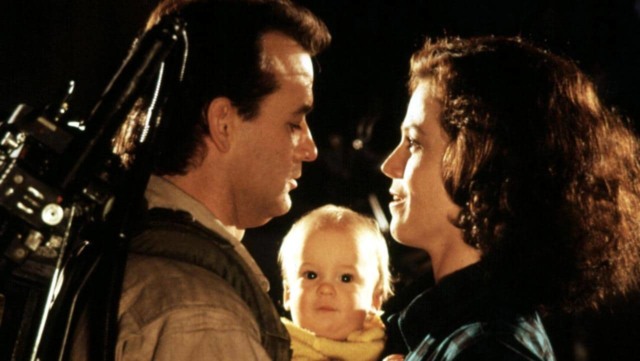 Sigourney Weaver and (seemingly) Bill Murray are returning for the Ghostbusters sequel. My friends, we may have something awesome on our hands.

Ghostbusters Fan Fest doesn’t begin until tomorrow, but it sounds like some news that was maybe meant to be a surprise announcement has come to light straight from the horse’s mouth.

Sigourney Weaver has confirmed that she will be returning as Dana Barrett in the developing Ghostbusters sequel set for release in 2020. Furthermore, it sounds like Bill Murray will also be coming back as well. Find out what Weaver had to say about the Ghostbusters sequel below.

In an interview with Parade Magazine, of all places, the article seems to have confirmation of Sigourney Weaver in the Ghostbusters sequel:

“She’s also set to reunite with Bill Murray and Dan Aykroyd in the new Ghostbusters, due July 2020. ‘It’s going to be crazy working with the guys again!’ she says. She won’t reveal any details except to confirm she’s reprising her role as hauntee Dana Barrett.”

That’s huge news since none of the legacy cast members from the original franchise have been confirmed to be part of the new sequel. Even Dan Aykroyd, who is producing and writing the movie, hasn’t confirmed whether or not he appears in it. This is also the first time we’ve heard of Bill Murray being involved as well, though he did recently say that he’d happily join in the fun if he was asked.

We’ve reached out to Sigourney Weaver’s representatives to confirm this news, but we haven’t heard back yet. So we’ll update as soon as we hear anything else.

Jason Reitman, son of original franchise director Ivan Reitman, is directing the sequel that was announced out of nowhere back towards the beginning of the year. He even shot a teaser to announce the project. So far Finn Wolfhard (Stranger Things), Carrie Coon (Gone Girl), and Mckenna Grace (Gifted) have been cast in the movie as new characters, and some of them supposedly have a link to at least one of the original characters somehow.

As for how the original characters will be involved in the new story, which is still under wraps, that remains to be seen. Perhaps we’ll find out more at Ghostbusters Fan Fest tomorrow. But until then, this is very intriguing news to say the least.

The untitled Ghostbusters sequel is set for release on July 10, 2020.