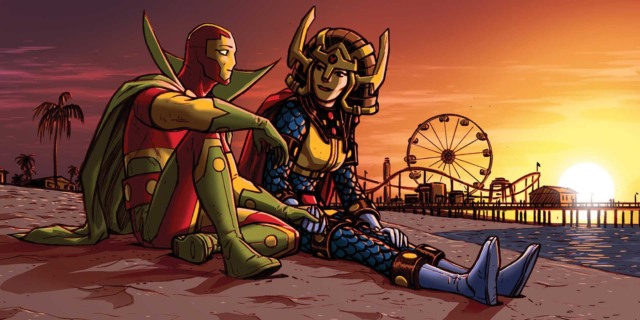 Yeah, I know. Most people know Tom King as the writer of Batman. But, let’s be honest. Mister Miracle (or perhaps Vision) is his magnum opus. And now the writer may be tackling the character in the New Gods movie. Sign me up.

Last week DC announced King would be ending his Batman run with issue #80 after rumors started swirling that he was being removed from the title. However, following the announcement DC also revealed King would team with his Heroes in Crisis collaborator Clay Mann for the 12-issue Batman/Catwoman series.

Directed by Ava Duvernay, New Gods is currently in development at Warner Bros. The film does not have a release date.