Archives
« ‘Watchmen’ Trailer: HBO drops its first look at the series, and I’m counting the seconds until its debut.
‘Mindhunter’ Season 2 is dropping this August. Finally, the wait is…KILLING ME! Get it? » 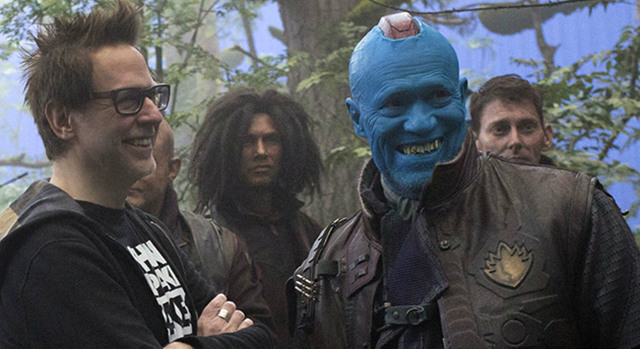 Michael Rooker and James Gunn have been rocking together for a good, good amount of time. Most recently, dude played Yondu in Gunn’s Guardians movies And now? Motherfucker will joining another ragtag gang of degenerates for Gunn.

Michael Rooker and director James Gunn are frequent collaborators, and it appears the duo is on course for another cinematic reunion. A new report says Rooker is currently in talks to play a character named King Shark in Gunn’s upcoming The Suicide Squad, the sequel to David Ayer’s 2016 film Suicide Squad. Read more about the character below.

Rooker, best known for playing the Ravager leader Yondu Udonta in the Guardians of the Galaxy franchise, has appeared in every one of Gunn’s feature-length movies thus far, so today’s report from The Wrap isn’t especially shocking. It says Rooker is in discussions to come on board The Suicide Squad, and that he’ll play King Shark, a humanoid shark who, in the comics, is the son of a Shark God. Wikipedia says the character’s “augmented flesh provides protection against the pressures of the deep and physical attacks”, he can breathe underwater, swim very quickly, can withstand cold temperatures, and has super strength. But his coolest power, and one that sets him apart from the DC characters we’ve seen on screen thus far, is that he can regenerate lost bodily tissue.

Of course, King Shark also uses his claws and teeth as weapons. Rooker, who is no stranger to toothy, finned comic book movie characters with two turns as Yondu under his belt, sounds like a fine fit for Gunn’s delightfully bizarre ensemble.