Desus & Mero announce a February premiere date for their Showtime show. So, now I have motivation to survive this winter 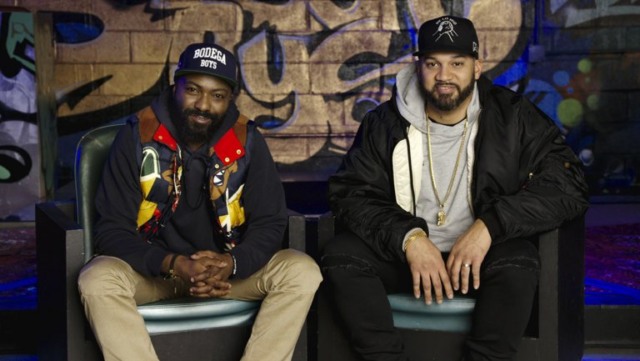 It’s hard to eloquently explain why Desus & Mero mean so much to me. But, I just know that their friendship and off-the-cuff humor genuinely make me warm. Like, the times are dark, but their commentary on the ever-developing dystopia provides a balm. So hell fucking yes, I can’t wait until February.

After five months off the air at Viceland, TV’s most illustrious—not to mention gleefully enthusiastic—talk show hosting duo finally has a premiere date set for their big return, with Desus Nice and The Kid Mero announcing this week that their “new” Showtime series Desus & Mero will land on premium cable on February 21, 2019. Rather than the four-a-week pace of their previous series on Viceland, the new show will be a relatively leisurely weekly one, while presumably following a similar format, i.e., two of TV’s most delightful talkers letting loose and chatting up celebrities in relentlessly winning style.

Earlier this year, the Bronx-based duo expressed some frustration at the relentless pace of their Viceland series, saying they felt “undervalued” at the network, and going so far as to suggest that Viceland canceled the program two months early after the Showtime show was announced. Still, the Bodega Boys hosts seem in typically fine spirits now, letting fans know it’s time to set their microwave timers so that they don’t miss their latest, biggest-to-date premiere. And hey: “You can also watch Shameless!”