Archives
« Disney/Fox deal is consummated, X-Men, Deadpool, and Fantastic Four joining the Marvel Cinematic Universe
NASA and Google found first solar system with 8 planets like our own, Pluto is like pfft » 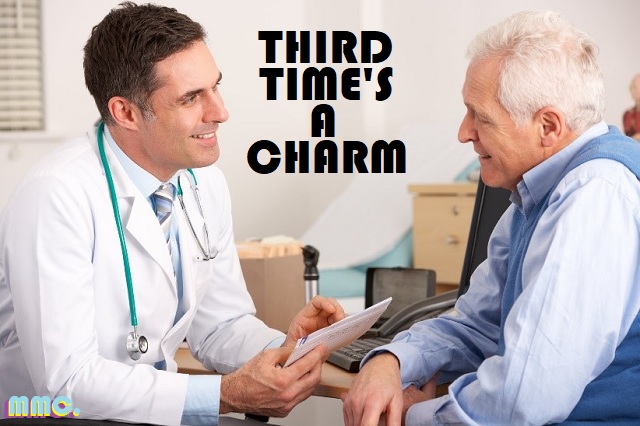 I’ll go in on Monday and they’ll give me a shot in the neck. It’s to thin the blood or unclog an artery or loosen the lung-junk or some shit. Truthfully, I wasn’t really listenin’ too carefully when Doctor Familiabeutt was explainin’ everything. Fuck, why would I? When someone’s explainin’ complicated plans that they’re goin’ to stick to and you’re just showin’ up for, it’s no good to ask questions and it’s just as bad to listen carefully. Just get the broad strokes, nod your head, offer a smile – or, in this case, a half-smile, and move along.

On Wednesday they’re goin’ to clip my toes. Not my toenails, my goddamn toes. Again, I wasn’t hearin’ his words too closely, but Doc said somethin’ or other about toes shootin’ clean off during the final step of the procedure. And, given the task at hand, it wouldn’t really matter for me, but apparently it often left the office a bloody mess. So, in the middle of the week I’d say goodbye to my ten little piggies.

On Friday I’ll take my final trip to the Medical Offices of Temporary Corporeal Vessels. After checking in, Doctor Familiabeutt will hook up my gonads and forearms to the fleshlectrodes. After being given the opportunity to say a final word or two and sip upon a beverage of my choice – I’m choosing Dr. Pepper – the switch’ll be flipped.

I hate goin’ to the doctor’s office, but at least this week I know that third time’ll be a charm.

I’m going to give you a heads-up about some of the ways I’ll be surviving the workweek. Then, you hit up the comments sections and tell us about what you’ll be doing to survive. It’s entertainment show-and-tell at its best, worst, and kookiest.

Absolutely baskin’ in the glory of THE LAST JEDI!

Apparently this movie has divided the Star Wars fanbase more than any other installment. Sort of a bummer for me, as I was nothing short of floored. Definitely going to be thinking about this movie for awhile (and hopefully seeing it again)!

Listenin’ to FRANK OCEAN when I’m not doin’ the holiday music thing!

Makin’ my way through the experience that is WORMWOOD!

Watchin’ my usual slew of CHRISTMAS MOVIES/SPECIALS to get more holiday-spirited!

Keepin’ A VERY MURRAY CHRISTMAS playin’ in the background!

Encouragin’ EVERYONE to watch AT HOME WITH AMY SEDARIS!

Playin’ Martha Stewart as I COOK FOOD FOR THE HOLIDAYS!

So THAT is what I’ll be up to! What about you?! How’d you feel about The Last Jedi? What’re you watching or listening to? Any good brews I should pour onto my brain-fires?