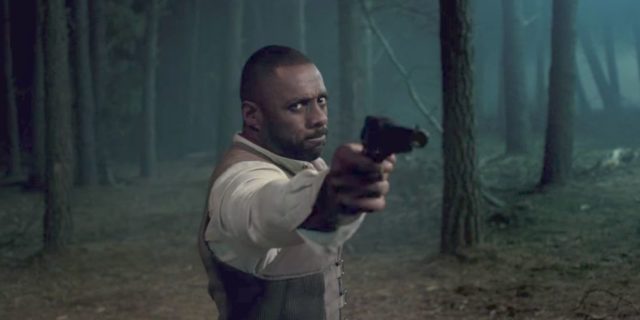 The Dark Tower, as expected and according to reviews, is a calamitous turd pile of a movie. It will assuredly bomb, and then the bomb itself will crap its pants. So, I guess, I’m sort of confused as to why everyone is pretending a TV series is a given.

The Dark Tower isn’t even in theaters yet, and may have a hard time finding an audience, but the plan to launch a related TV series is forging ahead anyway. Now it’s managed to lock in a Walking Dead veteran, Glen Mazzara, as its showrunner.

The Hollywood Reporter describes the series as an “origin story” based off of Stephen King’s novel The Wind Through The Keyhole, following a younger Roland, his friends, and his family and Roland’s growing rivalry with Walter, the Man in Black. Idris Elba and Matthew McConaughey won’t be the leads, but Elba, at least, will supposedly turn up occasionally in the series. Since in the original story, an older Roland serves as a narrator, it might be a simple shoot.

Mazzara, as fans might remember, was ultimately dismissed from the show over the inconsistent but still popular third season of The Walking Dead back in 2013. Since then, Mazzara adapted The Omen as the series Damien, wrote the pilot for the announced Sin City TV series, and penned the sequel to Hancock. It appears, though, he’ll be coming back to showrunning for this. Now everyone involved just has to hope the film’s mixed reviews don’t sink the series.

(via The Hollywood Reporter)