Archives
« ‘Ready Player One’ Trailer: The Saccharine Novel Seems Surprisingly Dystopic In Its Adaptation
‘Wonder Woman 2’ officially announced but where that Patty Jenkins confirmation tho » 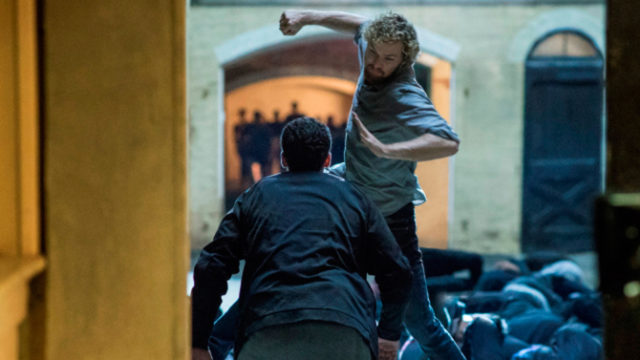 Regardless of what you think of it, Iron Fist is the rolling joke of the Netflix-Marvel merry marriage. In an attempt, I think, oh do I think, to fix the series, the showrunner of the first season has been replaced. Awesome! But. Wait. Replaced with the writer of 2005’s Elektra movie. Sweet Jesus Christ, this is amazing.

Of the many villains that Danny Rand faced in Netflix’s Iron Fist, a case could be there was none greater than Scott Buck, the series’ showrunner, who gave the series an unlikable Danny Rand, too many boring Rand Corporation board meetings, and a dearth of fight scenes that actually look cool.

But it’s just been announced Iron Fist getting a new showrunner for its second season.

According to Entertainment Weekly, Buck has been replaced by former Sleepy Hollow producer Raven Metzner who also directed Marvel’s criminally underrated Elektra film from 2005. In a statement to EW, Marvel exec Jeph Loeb expressed his confidence in Metzner’s ability to head up Iron Fist as the show begins to delve into the show’s more mystical elements.

“Raven’s love of all things Iron Fist and his extensive knowledge of martial arts films made him the perfect choice to continue telling the adventures of Danny Rand and Colleen Wing. Season One and The Defenders are only the beginning of this fantastic action packed tale.”

Along with news of Simone Missick’s Misty Knight joining Iron Fist and finally teaming up with Colleen Wing, it seems as if there might yet be hope for the show’s future.