What’s the deal with the MMC, you ask? Well, this is the weekly feature that sees me vomitin’ a bit of short prose at you, and then apologizin’ by way of showin’ off the worthwhile entertainment I’ll be checkin’ out throughout the week.

Then, if you’re not totally repulsed, you hit up the comments section and tell us about the movies, TV programs, video juegos, rap songs, snacks, and other delectables you’ll be chompin’ on so as to make the workweek a bit more bearable.

[Grace & the Face of Annihilation]

“Grab my hand and don’t let go until we’re in front of the escape pod! D’ya understand?!”

Grace’s scream-reply was drowned out by the sirens, but my question’d been mostly rhetorical anyways. Her seven-year-old mitt clutched my forty-seven-year-old paw and we took off. We’d careened down the first three hallways unobstructed, but’d barely entered the Jump-Deck when they swarmed.

A couple of the big blue bastards started to tool up my sternum and that ratchety yellow one that I’d come across too many times already snatched Grace. In any other circumstance, that’d probably’ve been that. My ribs’d just compound fracture and my skull’d just split and my eyeballs’d just explode and I’d just bleed out on the cold metal floor of the Jump-Deck.

An abrupt ending to the already-too-long-of-a-short-story that was my life.

Or maybe it was just `cause I’m a real son of a bitch.

Dancin’ to the self-destruct soundtrack, I slipped outta the blue bastards’ grips and took out my granddaddy’s gun. Two slugs left and then it’d be a moot point, yet another family heirloom-turned-dust-in-the-vacuum.

Both the blue bastards dropped, and with the discharging of its final round my granddaddy’s gun folded in on itself, sparkin’ and buzzin’ and screechin’ the whole time. All that remained of my birthright was a titanium cube, which I shoved into my rucksack before motorin’ on.

I’d never run so hard in my life, hoppin’ over pieces ship that’d come undone durin’ the attack and punchin’ any uniform that tried to stop me. Stompin’ any prick that’d recognized my face. Destroyin’ any opposition.

Nothin’ was stoppin’ me from gettin’ to that yellow robot and the little girl it’d taken.

We were on the Podway, that big `ole long stretch of hallway leadin’ to escape pods. I was startin’ to lose my wind and if I didn’t act quick that yellow prick’d get to Madame Premier’s pod and then I’d be good as toast. They were halfway there and the clock was tickin’ anyways.

I pulled the titanium gun-cube from my rucksack and exhaled “Sorry Gramps” before smashin’ it into the electrical panel built into the wall.

A flash of blue’d blinded me and zapped its way through the entire hallway before I’d fallen to the floor in agony. Lookin’ down the hallway I saw Grace pain-wailin’, which was unfortunate, but the yellow automaton’d been completely undone, which was quite fortunate.Circuitry fried. Wires ablazin’. Nothin’ more than a scrap pile.

I willed my legs into motion and didn’t stop even when I came to Grace, pluckin’ her up by the collar and stumblin’ my way to the escape pod doors and I didn’t relent until I was in front of Madame Premier’s. She peered through the thick, hermetically sealed glass, curious to see me and then hysterical when she saw who I was carryin’.

“Oh my God! My Gracie! My Gracie, I thought, I thought the worst! But how? And you? Why did you-”

“Madame Premier, please gettahold of yourself,” I was pleadin’, “there’re two seats in that pod and we don’t have much time!”

With a FLASH! the door snapped open and she was outta the pod and on her knees cradlin’ her Gracie. In that moment, she wasn’t Madame Premier, leader of the Prime System. She wasn’t a galactic mastermind. She wasn’t even a politician. She was just a momma actin’ like a momma for her scared daughter. It was a beautiful sight to behold.

Especially from my seat inside the pod.

I’m not sure what she said as she slapped the window in glorious futility, on account of the fact that I was laughin’ so goddamn hard. I swung my legs over the armrest, makin’ the most of the two seats and givin’ my hardworkin’ boots a much-needed rest. She kept slappin’ and wailin’ and demandin’ that I yield to a superior. Then, I think, she said somethin’ `bout her bein’ too important to die on a self-destructin’ ship. And, if I’m not mistaken, she said somethin’ or other about me bein’ Earthborn-scum or some such.

It was fuckin’ great.

The siren screamed its final warnings and the pod detached itself from Starship One and as I began to drift into the wondrous void I made sure that Madame Premier and Grace could see my middle finger and my shit-eatin’ grin as they faced annihilation. 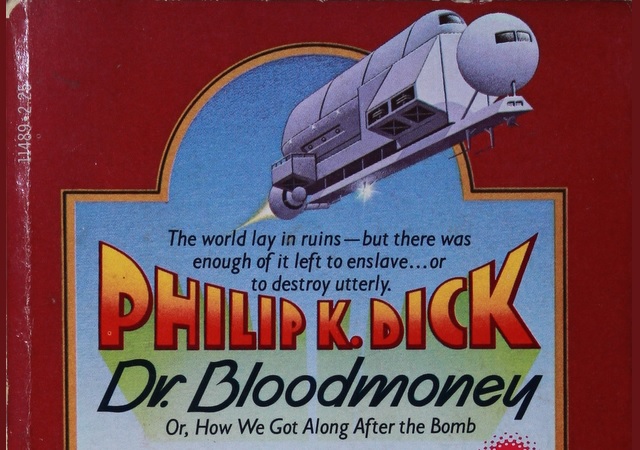 Rockin’ and Rollin’ to:
EMPEROR OF SAND by MASTODON

Rewatchin’ for the first time in a decade-plus:
STRANGERS WITH CANDY 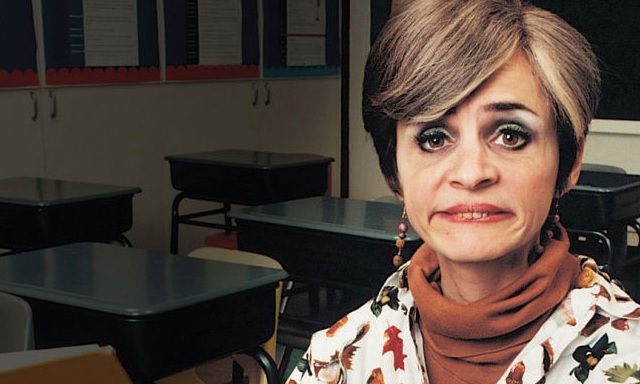 Visitin’ my local druids in the hopes of jump-startin’:
SPRING! I FUCKING HATE WINTER! FUCK!

This is what I’ve been reduced to — science fiction, heavy metal, old sitcoms, pagan witchcraftery, and robot music.

Actually, it all seems par for course.

What’re YOU up to this week?!