Official: ‘Dune’ Adaptation Being Made By ‘Arrival’ Director Denis Villeneuve 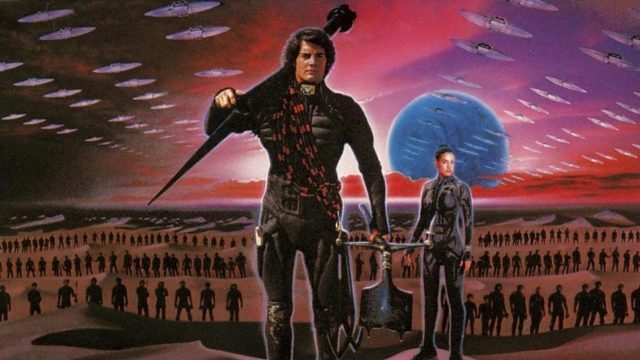 Awesome. Arrival director Denis Villeneuve (though I prefer his works Sicario, and Prisoners) is going to be tackling the seemingly untackable (my word). The Dune movie.

Some excellent news for sci-fi fans: director Denis Villeneuve, of Arrival and Sicario fame, is officially signed up to direct the upcoming Dune reboot. The news was confirmed this morning by Brian Herbert, son of Frank Herbert, who wrote the original 1965 Dune novel. The news was rumored last December, but not confirmed until this morning.

Legendary Pictures bought the TV and film rights to Dune from the Herbert estate last year, but details about either project are pretty thin. Dune’s last adaptation on film was in 1984, with a title directed by David Lynch and featuring Kyle MacLachlan as Paul Atreides (MacLachlan would later go on to star in Lynch’s Twin Peaks).
The 1984 film was critically panned and lost money at the box office, but the source material has never lost its allure to fans. Having Villeneuve on board to direct the reboot certainly bodes well following the smash-hit that was Arrival. And there’ll be more from the French-Canadian director this year too — he’s behind the Blade Runner reboot starring Harrison Ford and Ryan Gosling, out this October.