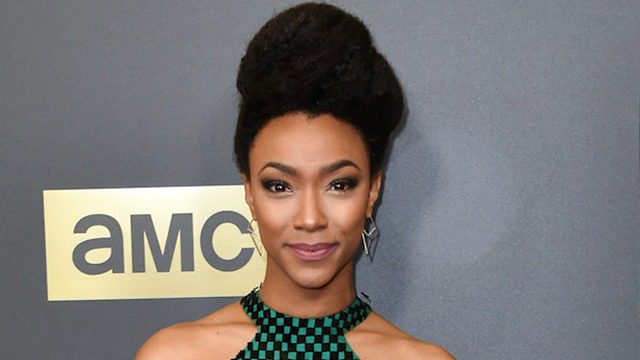 Star Trek: Discovery has finally found its lead! Sonequa Martin-Green! I don’t know her, because I don’t watch the mean-spirited dumpster fire that is Walking Dead (#hottake!!!), but I hope this makes those familiar happy.

As previously announced, the focus of Star Trek: Discovery won’t be the ship’s captain, but a lieutenant commander “with caveats.” Bryan Fuller, the former showrunner, said a while back that the idea was to buck the tradition and “see a character from a [new] perspective on the starship — one who has different dynamic relationships with a captain, with subordinates, it gave us richer context.”

Entertainment Weekly broke the casting news, but no fresh information about the character has surfaced. We don’t even have a name, just a rank. Martin-Green will supposedly continue to have a regular role on The Walking Dead as Sasha Williams, but we’ll see how long that lasts.