Archives
« Watch: Scott Pilgrim x The Dark Knight is ‘Bruce Wayne Vs. The World’
Report: Nintendo NX getting Mario and Pokemon games in its Launch Window » 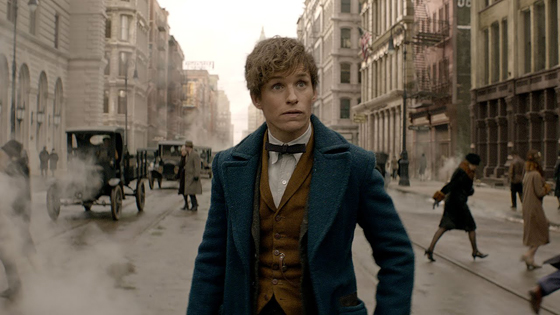 Fantastic Beasts hasn’t dropped yet. But that doesn’t mean it isn’t getting itself a sequel. I mean, why wouldn’t it be getting a sequel? Fucking Potter fans are like us Star Wars fans, they’ll snag anything related to the franchise. License to print money, et cetera. I’d be judgmental about it, if I didn’t relate to it so much.

Warner Bros. is doubling down on turning Fantastic Beasts and Where to Find Them into a series of its own. And now the studio has announced that Fantastic Beasts 2 will be released on November 16, 2018.

The studio’s also confirmed that pretty much everyone involved in the first film, which is still months away from opening, will be back for the second: director David Yates, J.K. Rowling as the screenwriter, and the producers. Presumably, as is standard, the actors are locked into contracts that have them making these movies until the end of time.

The script is supposedly already written, and this announcement is well-timed to coincide with the positive feelings Harry Potter and the Cursed Child are engendering for the franchise. Plus, Rowling’s involvement makes clear that while she may say she’s done with the literal character of Harry Potter, the Potterverse itself is still going strong.

All that said, Warner Bros. better hope Fantastic Beasts goes over well. They’ve already publicly committed to keeping this team in place for another one, so it’ll look bad if they have to publicly change their minds after the first installment ofFantastic Beasts and Where to Find Them comes out.