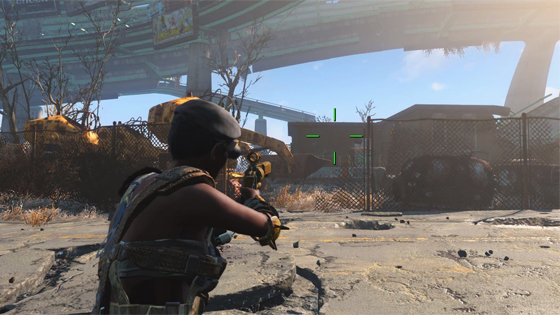 CaffPow Introduction: Wracked in the Wasteland is Contingency Plan’s journal, detailing his trials and tribulations as he treks through Fallout 4 in Survival Mode. Good Sir will be posting it on our Facebook page first, which he helps maintain. And you should Like. Afterwards it will be cross-posted here for those of you who only frequent the Space-Ship proper.

I’m going to do my best to comment on each photo as I tried to capture each interesting moment as I try to accomplish anything on Survival mode.

Overall, completing this quest was insane. It took me 10 minutes to siege Corvega just to gain entrance. I had to take the upper ramp of a highway and slowly plink away at the raiders. I was in desperate need of food and there was a fire nearby, but I couldn’t cook because I was in combat…the battle raged through the night (game time).

Afterwards, I got into another entanglement trying to get back to turn the quest in. Dogmeat went down and on survival, if you don’t heal your companion fast enough they run back to the nearest settlement. Well, I didn’t get to him in time and he did bail on me and then I died try to run back to Red Rocket to get him back.

Speaking of which, I think the lack of fast travel is probably the most punishing aspect of Survival mode. It’s insane because you might die just running from place to place from a stupid bloatfly swarm…let alone dying trying to complete the quest. I died 3 times and during the snafu. At the end I made it back to Tenpines all for them to join the minutemen but give me no XP. Which you are in dire need of, as every perk increases your chances of survival. (slightly and pun intended)

Regarding perks – I can’t take any ‘cute’ or ‘fun’ perks like hacking or locksmithing because every perk has to do with combat. Every perk either has to lower my incoming damage or increase my outgoing damage because the combat is so punishing. The way the big quests are set up, you sleep in a bed and you won’t find another bed until you get through the whole ‘dungeon’, usually 30 minutes later. You simply can’t afford to die because if you don’t you lose too much real world time and you want to punch your monitor.

It all sounds not fun, but it really is. It’s thrilling and every small engagement becomes nerve wracking. 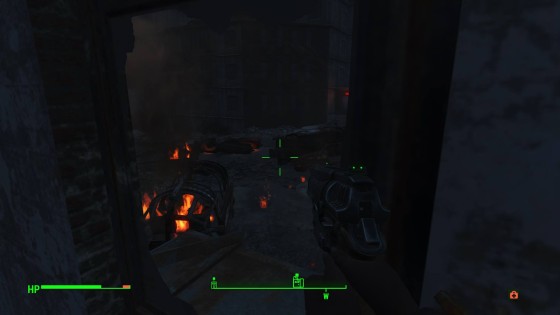 Explosions are your nemesis on survival. Instant death. I got into a firefight and had to stay clear of these cars until the dust settled. 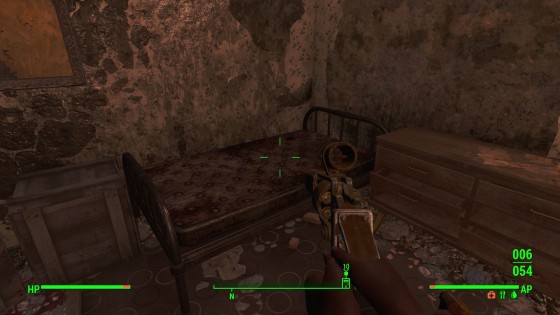 The first bed I found after leaving the Diner…I was looking everywhere for one because I hadn’t saved in so long. 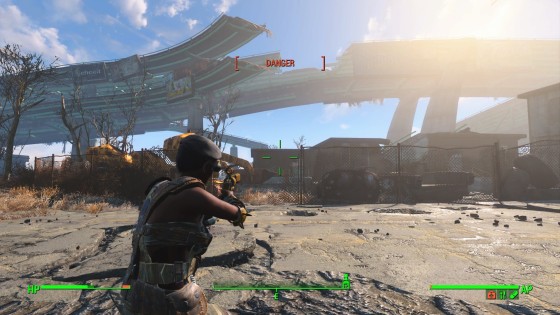 Some ridiculous engagement I got into just trying to get close to the plant. I’m not making a stealth character but I had to hide and around a building to try and avoid the conflict altogether. 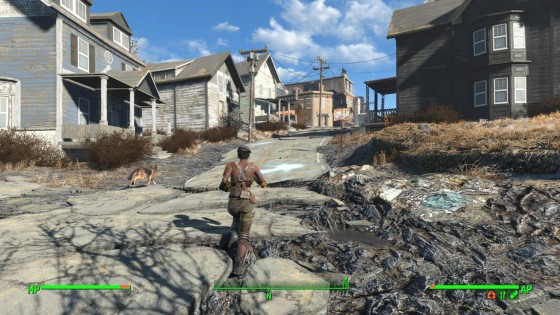 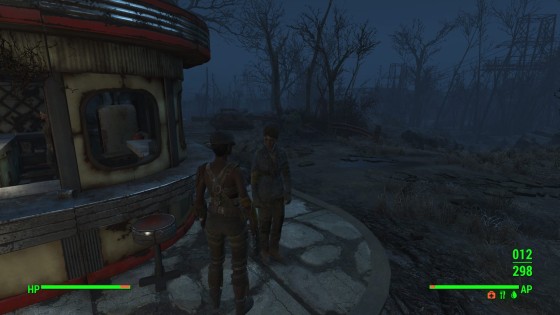 Getting much needed food from Carla as I was almost out. She only had meat scraps that I then had to find a fire to cook them to avoid the rads. 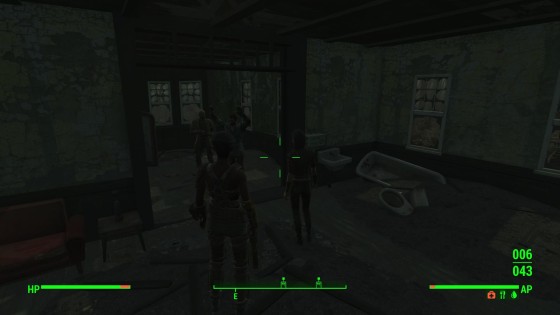 Fun encounter I got into that I’ve never seen on a previous playthrough. They were holding up the synth in the middle. I’m not sure where I will stand with this character morally, but when I said the wrong thing the humans engaged me anyway. Luckily I had a full crit meter so one of them died instantly. 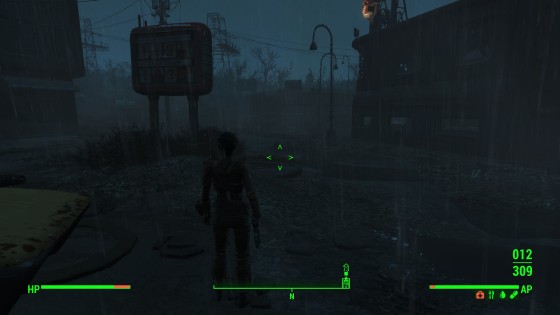 Finally getting close to Corvega. Trying to avoid the ghouls as they give you rads and can infect you with parasites that you then need antibiotics to clear. 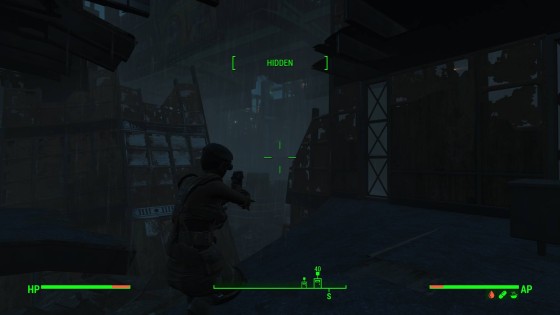 Trying to get a sneak kill to start the fight, as once it starts I’ll be in combat the rest of the time. 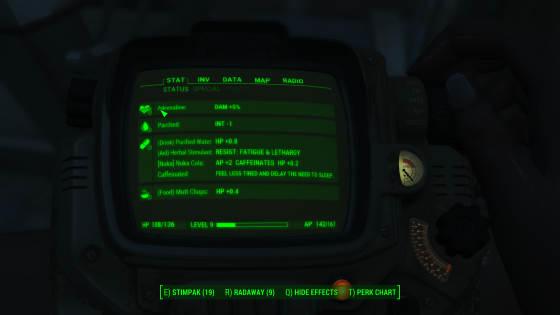 This is the amount of insanity that happens on the regular with Survival mode. I need the caffeine from nuka cola because my character is tired, I need the herbal stim because I haven’t found a bed to sleep in and don’t want insomnia. ETC. 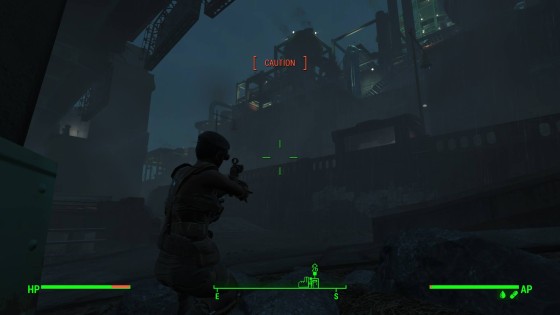 Still trying to get in. 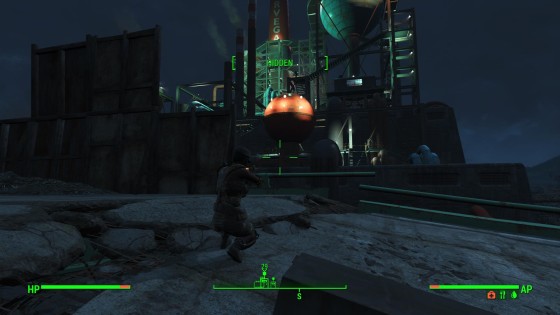 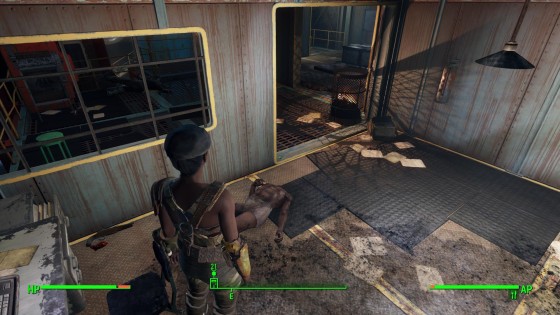 I didn’t take a single screen inside. It was just too tense. I totally forgot. There was no where to save and every corner was a ‘one shot’ kill waiting to happen. Have to do better next time. This is the final result. I sniped the boss with my six shooter from across the room as I have 2 points in gunslinger now and my VATS range with pistols is getting pretty decent.

Reward for killing the boss…A bed to sleep (save) in! 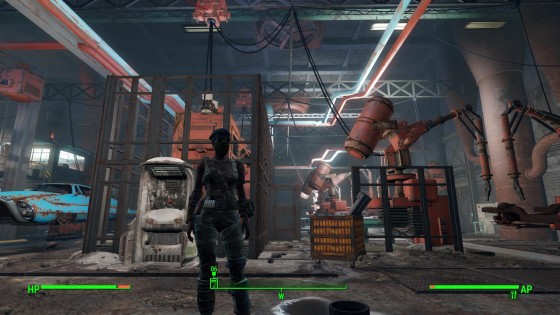 Cleared this place out. Hacked the Protectron but he didn’t make it. Tanked a few baddies for me while I sniped the boss. Thanks dude. 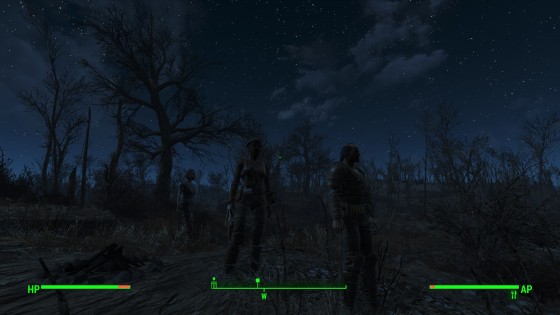 Made it back to Tenpines after all that insanity!