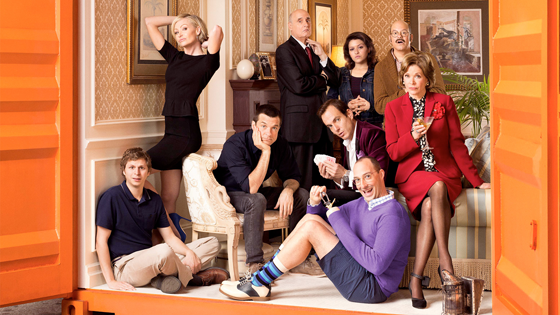 Is it time we all just let go of “Arrested Development“? While it was a super bummer that the show was canceled prematurely, it can’t be argued that those first three seasons are comedy perfection, the sort of lightning in the bottle you can’t hope to duplicate. Indeed, that became clear with theNetflix-revived fourth season, in which the episodes got longer, the ensemble was spread out, and the tightness of the Fox years was lost as Mitch Hurwitz and company reached for something far more ambitious to arguably less success. And as the concept for the fifth season is revealed, I have to say, I kind of wish we all just said goodbye to the Bluths.

Hurwitz revealed he’s busy rewriting scripts for the fifth season, which will apparently be a serialized murder mystery in the vein of “Serial,” “The Jinx,” and “Making A Murderer.” However, scheduling delays keep forcing Hurwitz to go back and redraft ideas. For example, at one point he had the idea that George Sr. would become a woman….until Jeffrey Tambor became the star of the hit Amazon series “Transparent.”

As for the plot, it will pick up on threads from the fourth season, like when Lindsay Bluth — much like Donald Trump — proposed to build a wall along the Mexican border. Hurwitz is eager to finish the new season so it can air before the upcoming presidential election, but we’ll see if that happens. It sounds ambitious to shoot and release the new season in eleven months, given that Hurwitz is still figuring out which cast members are available to return due to their busy schedules. But if you can’t have all of them, is it really “Arrested Development”?

Let us know your thoughts below and if you are eager for a fifth season. [Deadline]