Dan Harmon is writing for the ‘Mystery Science Theater 3000′ reboot 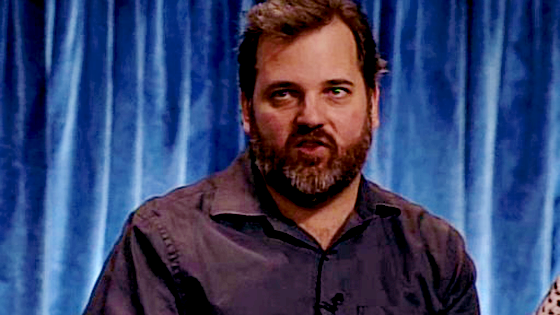 Dan Harmon! Hero. Writing for the Mystery Science Theater 3000 reboot. And while I don’t usually get into MST3K (nothing against it), this name may rope me in.

They’ll be joined on the reboot of the cult-favorite television series by “The Muppets” writer Nell Scovell, “Ready Player One” author Ernie Cline, “The Name of the Wind” author Pat Rothfuss, musical act Paul & Storm, former “Simpsons” writer Dana Gould, and “The Book of Mormon” and “Frozen” songwriter Robert Lopez.

Launched Nov. 10, the crowdfunding campaign to reboot “MST3K” has generated $4.4 million in pledges — more than double its initial goal — ensuring the production of at least nine episodes. The Kickstarter ends early Saturday.