Archives
« ‘Rise of the Tomb Raider’ Trailer: An avalanche of excitement
Rumor: Nintendo’s next system will be powered by Android » 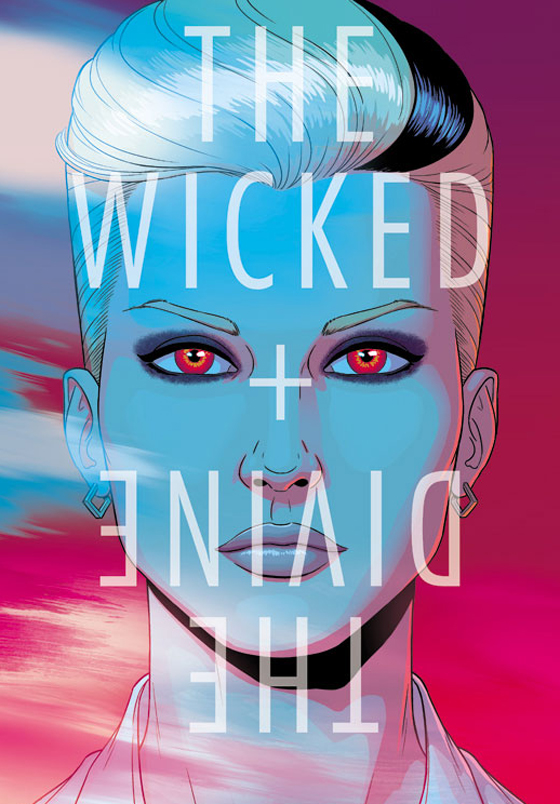 Molto interessante! It appears that the Milkfed Criminal Masterminds ain’t just adapting their own works for TV. The duo are also developing adaptations of other popular, critically acclaimed comic series, too. And while I don’t particularly enjoy The Wicked + The Divine (maybe I should read more of it?), I think this announcement is a dope portent.

Like the immature, squabbling deities featured in The Wicked + The Divine, the series itself seems touched by the hand of fate. Created by writer Kieron Gillen and artist Jamie McKelvie, theinventive, beautifully drawn comic has been nominated for three Eisner Awards, won Best Comic at last year’s British Comic Awards, and now Universal Television has picked up the rights to adapt the series for TV. The project will be produced by the husband-and-wife team of Matt Fraction and Kelly Sue DeConnick, whose Milkfed Criminal Masterminds venture recently signed a deal to help adapt their own comics as well as third-party titles like The Wicked + The Divine.

The series tells the story of a group of gods who manifest themselves every 90 years by inhabiting the bodies of young mortals. These earthbound gods figuratively explode, enjoying supernatural powers, widespread fame, throngs of devotees, and hedonism on an epic scale—for a period of two years, after which they physically explode. This pantheistic fable is the backdrop of a murder mystery, suggesting that at least one of the gods may be seeking to break the cycle (and an inherent structural limitation that runs counter to an open-ended network series).

The pickup of The Wicked + The Divine may be a sign that NBC has newfound faith in the superhero genre, following the success of recent adaptations such as The Flash, Gotham, and Marvel’s Daredevil. Of course, it may also be a sign that NBC has seen footage of its upcoming Heroes Reborn reboot and is already looking for a replacement for when that show figuratively implodes.