Archives
« Hubble gives us a look at the densest part of the Milky Way
‘Ant-Man’ Poster: Insectoid Bullet Time » 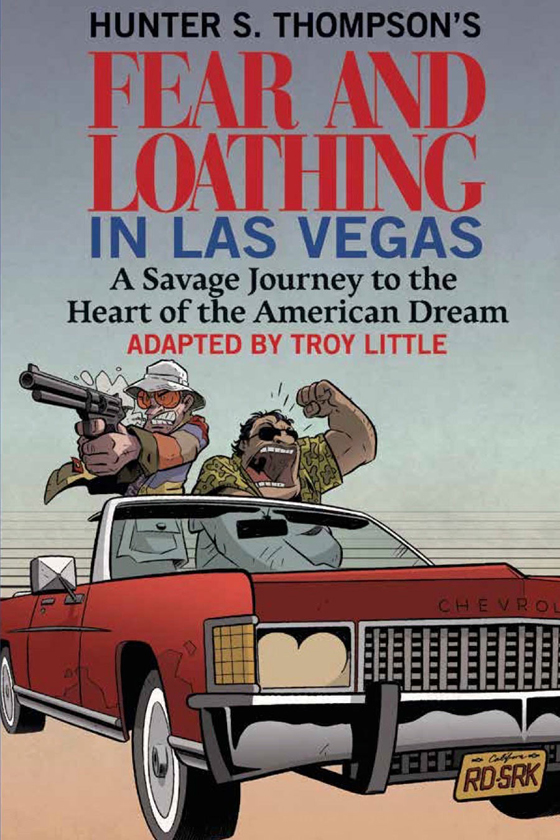 Fear and Loathing is getting itself a graphic novel adaptation from Top Shelf, and the mofuckah is arriving in October. I’m down for supporting anything F&L, so put me down for a purchase. Who? You. Right here. Behind the keyboard.

Top Shelf Productions‘ graphic novel adaptation of gonzo journalist Hunter S. Thompson’s famed novel “Fear and Loathing in Las Vegas: A Savage Journey to the Heart of the American Dream” has been in the works for a while now, and on Wednesday the publisher announced that the book is scheduled for release in October, along with a look at the cover (above). Cartoonist Troy Little, known for “Chiaroscuro,” “Angora Napkin” and “Powerpuff Girls” comic — all from Top Shelf parent company IDW Publishing — adapted Thompson’s work.

“I’m so pleased that one of the first collaborative projects to come out of the Top Shelf / IDW relationship will be Troy Little’s inspired take on a true classic of American literature,” Top Shelf Editor-In-Chief Chris Staros said in the press release. “One of the most unforgettable writers turned loose in one of my favorite cities! We can’t wait to show you what Troy’s done with it.”