‘Mighty No. 9’ dropping September 15, will have retail release 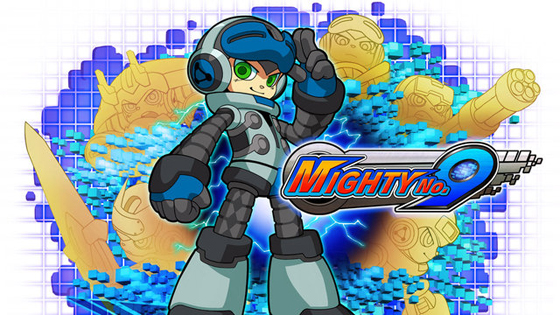 The spiritual successor to Mega Man totally, totally has a release date now. Despite getting delayed, like, pinky swear. It’s dropping September 15, and you’ll be able to buy it in stores.

Mighty No. 9, Mega Man creator Keiji Inafune’s side-scrolling shooter, will arrive Sept. 15 in the Americas, thanks to a partnership between developer Comcept and publisher Deep Silver.

The game will arrive Sept. 18 worldwide.

The new release date represents a delay from the previously announced spring 2015 launch window, and Comcept addressed that in a Kickstarter blog post.

“First of all, yes, it is a delay from our original Spring estimate (which, from reading the comments lately, might not come as a surprise to many of you, given we’re in late April already…),” the post reads. “But before you despair, please, hear us out first! The reason for the delay, and the reason we are so excited about this new partnership in the first place, is all the cool stuff it will allow us to add to the game (content that all Backers will get absolutely FREE) …”

According to a press release from Deep Silver, the partnership will also bring three new things, beyond the retail releases:

Ray DLC: An all-new stage including an epic battle with Beck’s rival Ray that, upon completion, unlocks Ray as a playable character for the entire main game, adding unique skills and all-new gameplay mechanics. The stage will be available as additional downloadable content, adding huge replay value. This extra content will be included in all retail editions and will be provided free to all Kickstarter backers of the project, upon release of the game.

Voice-over support: Japanese and French voice-overs have been recorded and will be added to all versions of the game alongside the already planned English VO.

“This is a great opportunity for Comcept,” Inafune said. “The partnership enables us to deliver Mighty No. 9 to a wider audience while adding some great extra value to the game. We are confident that the extra content will be worth the wait.”

Comcept brought Mighty No. 9 to Kickstarter in August 2013, where the Mega Man spiritual successor earned $3.8 million in pledges, far in excess of its original $900,000 goal. Press play below to see a bit of gameplay footage from last year.