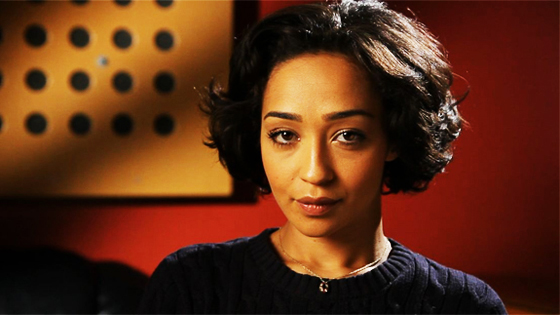 You may know Ruth Negga from Agents of SHIELD. Soon you will know her as one of the merry band of degenerates being hunted by the Saint of All Killers.

AMC’s Preacher pilot has found its first official cast member in Ruth Negga, the actress behind Agents of SHIELD‘s villainous but complicated Raina. Preacher is based on Garth Ennis and Steve Dillon’s Vertigo comic series of the same name, originally published between the years 1995 and 2000.

She will be playing Tulip O’Hare, one of the series’ three leads, in a story where even the secondary characters are difficult to describe with both succinctness and accuracy. Describing Tulip as the estranged girlfriend of Preacher‘s titular lead, Jesse Custer, does no justice, for example, to her expertise with weapons or her unique single-parent upbringing. It is, however, wonderful to note that the production has opted for a somewhat faceblind casting, hiring a mixed-race actress to play a previously white and blonde character.

Preacher itself is even harder to define. The series has been in and out of adaptation for screens big and small for more than a decade, with its controversial and indelible religious themes most often cited as the biggest thing standing between it and getting made. Broadly, the series concerns the adventures of preacher Jesse Custer, who has recently merged with Genesis, the all-powerful child of an angel and a demon, which technically makes him powerful enough to rival God himself. Or at least, God seems to think so, as He has fled Heaven for metaphysical parts unknown. But that description leaves out Jesse and Tulip’s traveling companion, Cassidy, an Irish vampire; Arseface, an eternally optimistic teenage suicide survivor whose face is so disfigured he can barely speak; and the Saint of Killers, Heaven’s most terrifyingly lethal bounty hunter. The comic is a modern Western. It’s also a post-modern religious epic. And a horror story. Barely any of the characters have backstories free of abuse, if not severe inbreeding or bestiality. It’s also a comic that’s terrifically hard to put down.

This current attempt to get it to screen is produced by The Interview‘s Seth Rogen and Evan Goldberg, who’ve been developing a television adaptation of the comic since 2013. AMC has ordered a pilot, and at this point they could still pass on the series after it is filmed. However, the fact that they’ve managed to interest Ruth Negga — who has a pretty steady gig at Agents of SHIELD — to join up, might speak to a certain amount of commitment from the network. Last month, Nerdist.com got a look at the pilot’s script, saying that it keeps the tone of the comic while changing up the structure of it somewhat. Highlights from the episode included Genesis’ world-wide search for a suitable host, and a fight with a Mexican cartel using a homemade bazooka serving as Tulip’s introduction.

I don’t really know Ruth Negga very well, despite watching her on Agents of SHIELD. Nothing about her performances has wowed me, but I think that’s more because of the character she portrays than her talent. So yeah, I’m okay with this.