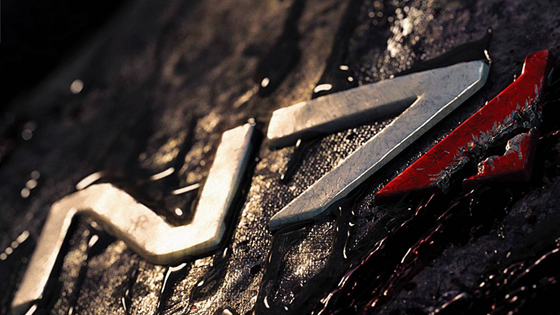 I miss Mass Effect. Like a lot. Like, despite not even being able to go near Mass Effect 3, and feeling vaguely certain they destroyed the Reaper lore by the end of the first trilogy. Even with that all considered, fuck, I need it. So Gods (Or Reapers?) bless that N7 Day, 2014 has brought more news about the next installment.

BioWare has announced some of the team leads for its upcoming Mass Effect title, including Chris Schlerf, the lead writer on the project. Shlerf’s last project was a little game called Halo 4.

Schlerf has had to keep his involvement in the project secret since joining the team in November 2013. “Every day is a revelation and every day I get to play in a new corner of the universe,” he wrote in the official announcement. “To be able to look three steps ahead to, ‘Where does this take us and how does it add to the way we look at the Mass Effect trilogy?’ You couldn’t ask for a better playground.”

Not much is known about the upcoming Mass Effect title, but we can now look into the history of the men leading the development teams for some hints about what we may or may not see.

Halo 4 featured a more human, interesting story than past games in the series, which is quite the trick when you’re writing for a faceless soldier and an AI construct. The newMass Effect game seems to be in good hands.

“As a writer, I write for characters,” Schlerf said. “To me, it’s always about what makes my characters tick and what stories I can tell through those characters that will actually engage people about their own lives. It provides a mirror to that player’s experience [so that they are] not just sitting back in an armchair.”

The next Mass Effect game will introduce new alien races and species for players to encounter, BioWare announced during a Mass Effect N7 Roundtable.

According to Mike Gamble, these new alien races will have their own special worlds complete with unique architecture. Producer Fabrice Condominas added that the game’s new focus on exploration extends to these new characters.

“That entire aspect of exploration is not only about the geography,” Condominas said. “It’s really about discovering other species, human species and yourself.”

In the Mass Effect trilogy, players were able to recruit squad members of the Human, Asari, Drell, Salarian, Turian, Geth, Krogan, Quarian and Prothean race. The games include many more as non-playable characters, such as the Hanar, Volus, Elcor, Vorcha and Yahg, and even more species.

Images shown on the stream, such as the one above, include a dark, cold, mechanical piece of concept art mean to feel alien and “invoke a sense of danger.” Another was more organic andpeaceful looking.

As previously mentioned, the all-terrain vehicle known as the Mako will make a return in the game. According to Gamble, Mass Effect is still about choice and the Mako is part of that. Players will be able to choose their path while remaining immersed in the game’s worlds.

Senior development director Chris Wynn said the goal is “not to build Mass Effect 4.” According to the developers, the next Mass Effect will focus on “next-gen systems,” also known as the current generation that includes Xbox One and PlayStation 4, and PC.

New alien species? EXPLORATION RETURNING? GET THIS GAME IN MY FANBOY GUTS ASAP.