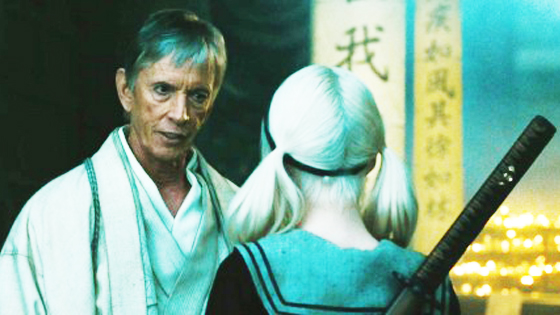 Perchance because I’m a chemical-riddled, daft dumb ass, I had completely forgotten about Stick’s role in training Daredevil. Well! Fuck! All it took was casting news to remind me of the character, whom  Scott Glenn will be playing.

If you need someone to play the wise old guy who teaches an up and coming hero how to kick ass, there’s good reason to turn to Scott Glenn. The producers of Marvel’s Daredevil have done so, and Glenn is now playing Stick, the mentor of Matt Murdock (Charlie Cox) as he makes the transition to Daredevil. Because we don’t know much about the upcoming show at this point there’s little more to the report than that, but all the Scott Glenn Daredevil info we have is below.

For details, we go straight to Marvel.

Marvel and Netflix are proud to announce that acclaimed actor Scott Glenn has joined “Marvel’s Daredevil,” an all-new 13-episode series premiering on Netflix in 2015.

Best known for his work in blockbuster films such as “The Bourne Ultimatum,” “Silence of The Lambs” and “The Hunt For Red October,” Scott Glenn will play Stick, the mysterious martial artist and mentor of Matt Murdock (a.k.a. Daredevil).

Sounds good to me! You folk have any particular feelings either way about the casting?