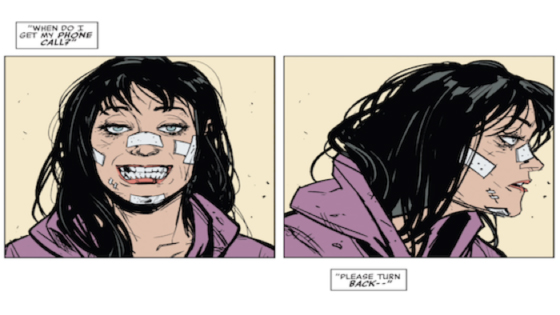 Ladies, germs.  I am not well.  What started out Monday as a simple sore throat, just the tiniest of itches, has mutated inside of me.  I am transformed now.  I feel wholly different.  I’m like Vincent D’Onofrio in Men In Black – just a human shell for an alien bug that is wearing me like a Member’s Only jacket, talking in slurred speech and a weird non-Midwestern dialect.  I feel like my mutant power is whining like an infant child.  Get Xavier on the phone, see if this is Omega Level or not.  Feels like it.  I have a few solaces, though:  hot liquids, cold ice cubes, a bunch of purple pills from Dr. Spaceman that soothe the throat but has the unfortunate side effect of “trickle nipple.”  And comics.  Comics have been a longtime sick-day savior, comforting me when medicine and absentee parenting did not.  So I venture out, my throat a hot barrel of fire.  So what if I’m Patient Zero for some new super-strain of Sarlaac Esophogeal Syndrome, I need mah comics!  And now I bring my buy-sies to you.  I’ve seen better days, sure, but sharing my weekly comic-book haul works better than any goddamned, bitter-tasting throat lozenge.  So step inside, friends.  Let’s heal through the power of funnybooks.

A full list of this week’s comics can be found right HERE. 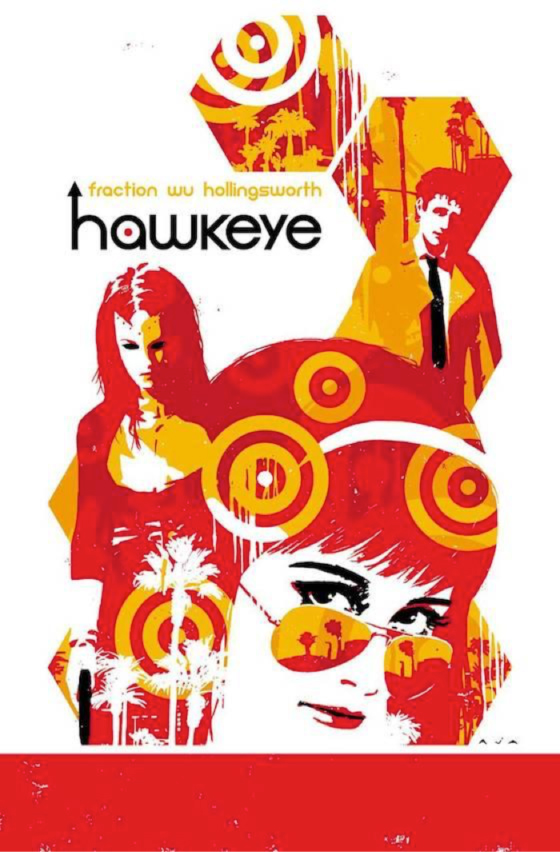 OMEGA-LEVEL BOOK OF THE WEEK!

It actually makes me a little bit MORE ill knowing that this book, this wonderful book, is coming to an end soon.  Two more issues?  Say it ain’t so, Mr. Fraction!!  This issue is the last we’ll see of Annie Wu, as Kate Bishop (Hawkeye the Younger) wraps up her summer vacation in the City of Angels, which was less a vacation and more a bunch of terrible run-ins with Madame Masque and the police.  How about a round of applause for Wu, eh?  Goddamn it if she didn’t kill it every time she stepped up to the plate.  I never knew her for her sequential art before, but I’ll surely be looking around for any comic she tackles after Hawkguy.  Her style has an animated quality, reminding me of old Disney cartoons with her knack for comedic body language and facial expressions.

What started as Fraction’s ode to all the great L.A. detective stories (Chandler/Altman’s The Long Goodbye, Chinatown,  and “The Rockford Files” are just a few of the more obvious references I caught throughout this storyline) turns into some good ol’fashioned superheroics and derring-do, and Fraction writes Kate-eye better than anyone at Marvel, and it might even be the best written Hawkeye in the Hawkeye book!  Kate Bishop is fun, immature, smart, resourceful (but not TOO resourceful), and cocky.  God bless her she loves getting herself into trouble, and her little revenge plot goes wonderfully awry at the end.  This damned book is ending way before it’s time.  I know Fraction/Wu/Aja have it in them to keep this train going, and it’s bumming the shit out of me that the most fun book at Marvel is about to reach the station.  You either die a hero, or live long enough to see yourself become the villain, though, amirite?  Give it up for this book, ya’ll.  Give it up for immortal Marlowes, for Sushi Girl disguises, for superheroes who wear sunglasses, and give it up for USB Drive arrows, yo.  Hawkeye is coming back home.

Yeah!  The always pleasant book Ms. Marvel drops issue 8, and if you’ve never read The Asgardian Wars, the X-Men/Thor crossover, grab the gorgeous looking hardcover for some great Claremontian X-stories, and some SICK X-Men-as-Asgardians costume re-designs by one of my favorite artists, Art Adams! 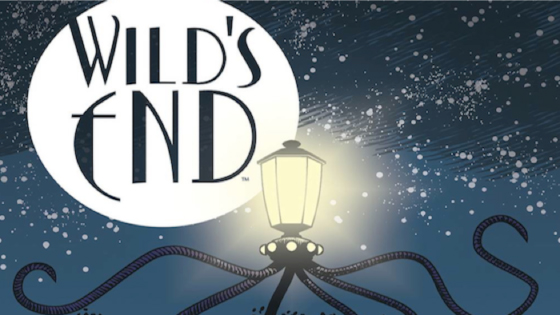 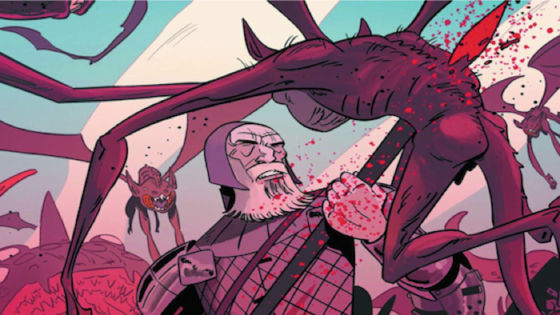 Two books in a month from the same artist?  Shiiiiiiii- !  Culbard’s got game, kids!  Last month’s Dark Ages #1 was a pleasant surprise, an aliens vs. knights yarn that was tense, bloody, and action-packed.  This month these two (you may remember Dan Abnett as the dude who brought us the Guardians of the Galaxy we know and love today, among other things) bring us a new alien tale, Wild’s End, described as “Wind in the Willows” meets “War of the Worlds” meets “The Cornetto Trilogy.”  And that’s the kind of synergy you need to be talking about to get my attention!  I’m a sucker for anthropomorphized animals.  I’m a sucker for aliens.  I’m a sucker for Edgar Wright films.  Get this inside me now!  Two books from a prolific team that are sure to start getting people’s attention! 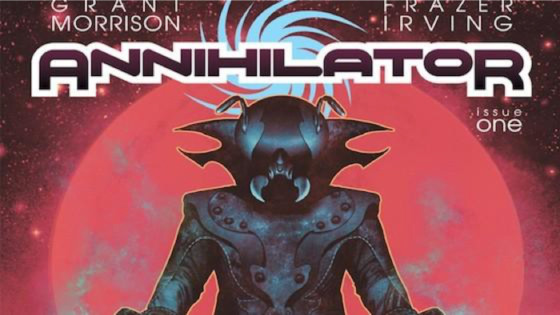 Damn, this book came out of nowhere, and while Grant Morrison’s non-superhero work has not been my cup of tea in the last couple of years, you had me at Frazer Irving.  Irving’s work with Morrison on Seven Soldiers: Klarion mini-series was a revelation to me, his dark, inky linework gave the perfect haunting note to the Witch Boy, and I’ve been a fan ever since.  This book deals with a failing screenwriter, perched on the edge of sanity, and the character of his, Max Nomax, that may send him over the edge.  Morrison, whether I enjoy his stories or not, is always a writer I pay attention to, and I’m definitely there for the first issue of this series. 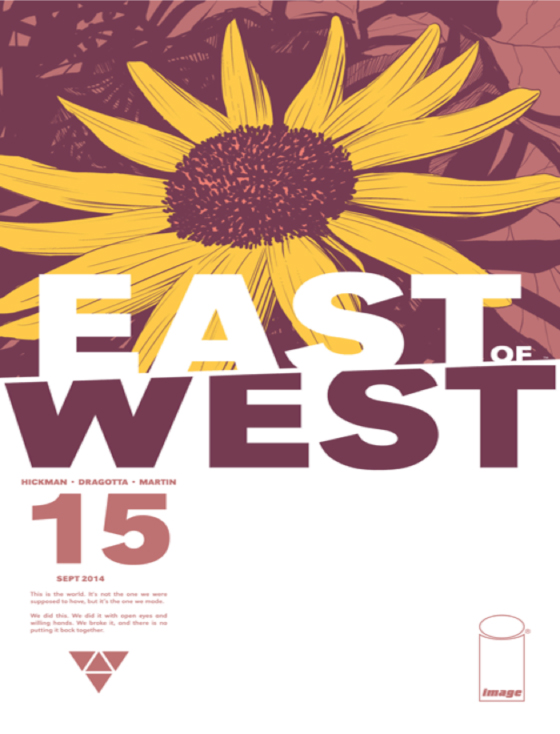 EAST OF WEST #15 – Because Caff Pow would castrate me if I failed to mention it!

Lazarus #11 – Because this book is terribly underrated.

Teen Dog #1 – Because comics are for kids, dummies!

Prophet: Strikefile #1 – Because Graham consistently pairs himself with some fantastic, eye-opening artists who never fail to surprise me.

Zero Vol. 2 At the Heart of It All – Because dammit if Image doesn’t have the best batting average in the league, and this is another one of its many hits.

Captain Victory and the Galactic Rangers #2 – Because my main dude Michel Fiffe gets to assist on this issue, and Joe Casey is trying to harness the power of full-blown wild Jack Kirby ideas.

The medicine, such as it is, has worn off.  I can feel the shivers coming back on, the cold ache seeping deep into my bones.  That’s gonna do it for me this week, guys.  It’s good to be back, and I’ll be back again next week for some more funnybook talk, including some reviews of a couple great indie comics you may not have heard about!

Until then, start guzzling vitamins, and maybe wear one of those bird-flu masks.  The contagion is real.