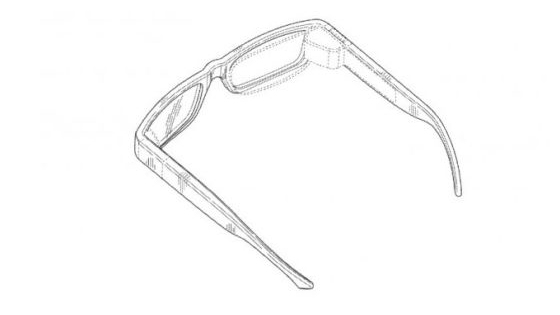 I’m a bit torn on Google Glass’ initial design. One half of me is like, “Yes, this is the clunky and obvious cyberpunk design of My Future.” The other half is like, “Yeah, I would never wear this in public.” Google seems to sense this rift in others and myself, and are working towards obscuring the technological magic that powers Glass from plain sight.

Google has come up with a way to make Google Glass (a little) more socially acceptable —by tucking the guts inside to hide the obvious parts out of view.

A new patent filed by the company includes the above image, which shows it’s thinking about ways to stick the controversial wearable’s hardware inside the glasses frame, so no one knows you’re caustically live-tweeting the minutiae of your day.

The actual US patent says it’s for a wearable display device, with the dotted areas on the example illustration the dead space bits where Google’s thinking tech stuff could be hidden. There’s still an obvious bump, but it could lead to a future in which Glass could be entirely hidden from view, should the frames be chunky enough. Which is a good thing and also a bad thing.

What do you folks think? Is making Google Glass’ tech less obvious a step towards getting you to want one? Wear one? Chronicle your drunken nights, and amorous mistakes?