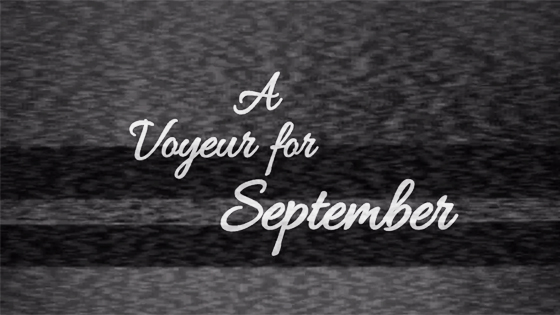 The minds behind Super Meat Boy have revealed a teaser for their next game. It’s dubbed a “live action stealth game”, and I don’t know what the fuck that means. But I also don’t give a shit. The fact that it is Team Meat means I’m paying attention.

Teaser and details after the jump.

Team Meat will show off its next game, titled A Voyeur for September, at the Indie Megabooth at PAX later this month. Today, the developer of Super Meat Boy started teasing that new project, which it describes as “a new live action stealth game.”

The teaser for A Voyeur for September consists of grainy live-action footage, including shots of someone peering into a house and black and white vignettes of flora and fauna.

Team Meat is also working on Mew-Genics, a cat-breeding sim. That project has been put on hold, however, while Team Meat devotes time to another project, presumably A Voyeur for September. One half of Team Meat, Edmund McMillen, is also working on The Binding of Isaac: Rebirth.

A listing for A Voyeur for September indicates a release on Android, iOS, Linux, Mac and Windows PC.