‘JOURNEY’ composer may get fined $50,000 for working on video games 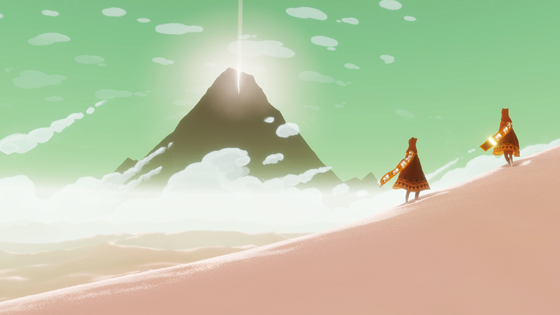 Ah, the SYSTEM.It’s everywhere. Telling me I can’t go balls-out in McDonald’s. Making shit really complicated for directors in Hollywood. And also apparently fucking strong-arming composers such as Austin Wintory. Ya’ll know him from his work on Journey. Or you’re ignorant. Either way. (I’m ignorant as fuck too, so rest assured you’re in terrible company.)

Austin Wintory, the composer behind the soundtracks to games like Journey and The Banner Saga, might be in trouble for…doing his job. The American Federation of Musicians, his own union, is thinking of fining him $50,000. For making video game soundtracks.P

He details the background and causes for this in the YouTube video below, in which he claims that no AFM musician has recorded a video game sountrack since 2012. Which sounds insane.

I, Austin Wintory, am facing a $50,000 fine from my own union for – The American Federation of Musicians – and have decided to speak up against my union’s blockage of ALL new video game recordingsSeveral years ago Ray Hair, the President of the American Federation of Musicians put together a Videogame Agreement working committee to develop a new game agreement. The new Videogame Agreement was approved by the AFM’s International Executive Board and went into effect December 2012. This new contract was done without allowing any composers, musicians or any of the 90,000 members of the union given an opportunity to vote on it. “The new administration, was deeply committed to fixing the videogame mess,” explained committee member and Recording Musicians Association (RMA) President Marc Sazer at the time. He also predicted, incorrectly, that “the new agreement should induce employers to sit down and negotiate with the AFM.” Nothing could be further from the reality of what happened.The end result was an agreement that was universally rejected by every single video game developer and publisher, and has gone completely unused since the day it was created. For almost two years now, under this contract, no union member has been allowed to work on a new video game soundtrack as a result. “Unfortunately employers have not signed the current agreement,” admits AFM Local 47 Vice President John Acosta who represent the recording musicians of Los Angeles, “and the limited work we were doing before has all but vanished into non-union land.”This contract created an untenable situation. Composers and musicians have continued to need to earn a living in this industry. Those musicians and composers therefore we’ve been forced to work without union sanction because the union has failed to signed any video game companies to work with them in almost two years.After having successfully recorded the iOS game HORN with AFM musicians, I attempted to do the same with THE BANNER SAGA. The unusable contract forced me elsewhere, and I soon found the remarkable Dallas Wind Symphony. This collaboration happened as a direct result of the AFM’s unusable contract, and I am now being punished for simply doing my job under those circumstances.In an article telling entitled “Education and Discipline in the Videogame Industry,” AFM President Ray Hair declares, “The time has come for education and discipline,” “within our ranks” as well as within the Video Game industry.“I don’t think anybody give you anything because they like you,” said AFM President Hair recently, “In the union business they give you things because they are afraid of what you are going to do to them.” Simply put, this current leadership does NOT represent me, and I believe does not represent the best interests of AFM musicians. [Kotaku]