New ‘UNREAL TOURNAMENT’ is coming! Will be free! Developed with fans! 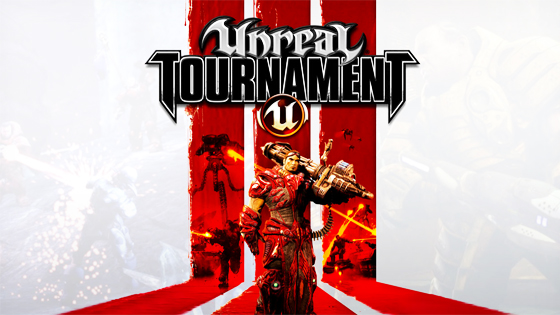 The gaming world is a weird one these days. Huge creators leaving their Triple A nests by the dozen. Virtual Reality headsets offering promises of glorious tentacle-gape (to me) and billion-person MMOs. A famous franchise like Unreal Tournament being revived. For free! As a fan collaboration.

When the last Unreal Tournament came out seven years ago, Epic Games was riding high. The company’s Unreal Engine 3 had become the de facto standard for big-budget video game development, and Gears of War was a flagship Xbox franchise. Much has changed since then, including a renaissance in indie development, and Unreal Engine isn’t seeing the same success. But the company has an intriguing new plan. Epic Games has just announced that the next Unreal Tournament will be completely free, and developed entirely in the open. Starting today, anyone can contribute. While the project will be led by senior Epic Games programmers, the game will be effectively developed byyou.

“”From the very first line of code, the very first art created and design decision made, development will happen in the open, as a collaboration between Epic, UT fans and UE4 developers,” writes longtime Unreal Tournament programmer Steve Polge, in a blog post discussing the plan. All the code and all the content will be freely accessible in a Github respository, which should be live soon. The company is also detailing the project on Twitch, and intends to issue regular video updates there.

What’s the catch? According to Polge, you shouldn’t expect to play the game anytime soon. “This is real development from scratch.” The company also plans to pay for the game, eventually, with an online marketplace for user-generated mods and content. Epic will take a share of the revenue from those, much like how Valve makes its money from Team Fortress 2 and DOTA 2.

The company also sees other advantages to crowdsourcing, though: “All those ideas we’d never be able to push or iterate on, we now have this huge group of people who are able to do that. You can’t buy that,” says Epic Games veteran Joe Wilcox.

What will the game actually be like? That’s up to you: “From the very first line of code, the very first art created and design decision made, development will happen in the open, as a collaboration between Epic, UT fans and UE4 developers,” writes Polge. All we know for sure is that it will be “true to its roots” as a competitive first-person shooting title, and target Windows, Mac, and Linux. [The Verge]