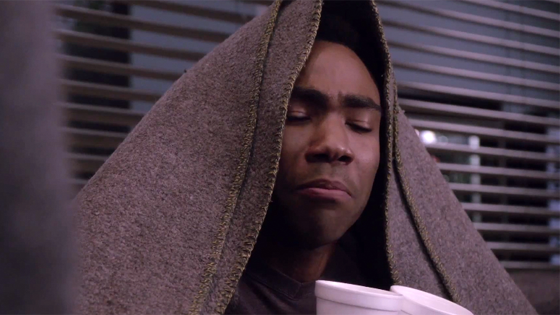 Well, what has seemed inevitable more than once has come to pass. Community has been given the axe by the NBC brass.

Community’s run at NBC is over. The network has officially canceled the beloved cult sitcom after five seasons, cutting short the “six seasons and a movie” dream that was jokingly written into one episode. Community has gradually slipped in ratings over the years, and even the return of show creator Dan Harmon for season five couldn’t rejuvenate the series — at least in terms of overall viewership. Community has risked cancellation more than once, but NBC has stuck by the Joel McHale-led program until now.

Still, an exodus from network television doesn’t necessarily mean Community is done for. Production company Sony Pictures Television already has a cozy relationship with Netflix, so finding a new home for Community on the streaming service could be one possibility. Sony has already announced that it’s working on a new show from the creators ofDamage that’s destined for Netflix, and the company was also reportedly in the running for Better Call Saul before AMC locked down rights to the Breaking Bad spin-off. But Netflix still worked out a favorable streaming agreement with Sony that will see the show arrive soon after its first season wraps on TV. Will the company step in to giveCommunity yet another chance? Specifically another season and a movie? Only Reed Hastings can answer that. [The Verge]