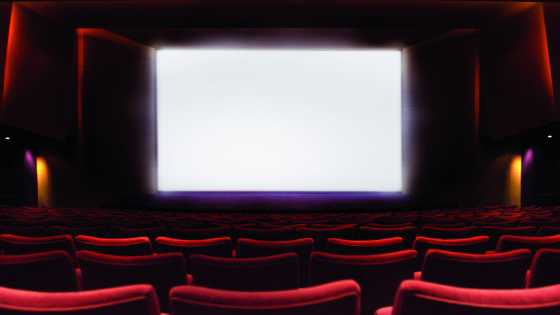 It’s once again that glorious time of year when every week brings a new tent-pole movie that can make a studio’s year as easily as it can break a fan’s heart, that special stretch when restless teenagers want to get out of the house and run-down adults want to get away from their boring lives, so they collectively, one and all, dash through the sun and heat into the dark and cool local cinema. That’s right, friends: It’s the summer blockbuster season (one that seems to start earlier each year, kicked off this time by the new Marvel installment, Captain America: The Winter Soldier). Like the rest of you, I will certainly be there, as I am looking forward to the big-budget entertainment the season typically offers in abundance. I plan to see most if not all of the most anticipated ones, so I can come back here to Omega-Level and discuss their merits and flaws with you fine folks. And I have no doubt that you will do the same too. We will all be there at the movies this summer, except for probably one small difference: I’ll be there when few others are with me at the matinee showings—and this option is something I’d like to trumpet in this week’s OV.

I’ve gone to the many types of theaters, most genres of movies, at every possible time imaginable, and I must say that showings that are most consistently conducive to a good viewing experience are the matinees. Much more often than not, they offer what I’m after: the best chance for the optimal exposure to the story I am paying to see—paying being an operative word here. As matinees are cheaper than evening showings, I get better bang for my buck. Now, I’d be willing to pay more if it were for a better experience later, as I am always looking for a better time at the theater (it’s why I keep going back, after all), but this is just not the case. Save for the openings of event films, when the die-hards come out in droves and everyone is focused on the movie, the night shows offer nothing that can’t be easily equaled during the day. Furthermore, there has never been a time when I’ve abstained from going because I didn’t want to pay the money (though, I must admit, I have avoided some movies because I didn’t want to contribute my money towards their box office in the vain hope that more similarly bad films wouldn’t be inspired from their success). I’m more than happy to spend my money at the movie theaters; I do it often enough with little thought about how it will affect my bank account. But given that there is no consistent advantage to going at night, going earlier and saving money to boot wins out. And since I attend so often, I’d much rather see two matinee movies for the price of one at night (which is roughly how the numbers work out in my vicinity).

But ultimately, the financial component to matinee showings is negligible compared to their positive crowd involvement and etiquette. I believe that not only are people not paying more for more in the evening, these people are paying more for less because there are more people involved, many of whom, unfortunately enough, make it worse for everyone. The beauty of going to the movies is, without question, the communal experience of viewing a good work of art together. At its best, when everyone is on the same page, the bond between viewers, all geared up and attentive, is absolutely palpable. Everyone wants to be entertained and whisked away, and when it happens, there is nothing else like it. I will be the first to admit that this is an ideal, one that I think most people hope for (why else would you go to the movies with a bunch of random people?), and it’s quite understandable why night showings (or any showing, for that matter) fail to reach it often—it’s an ideal for a reason. The problem is not that the ideal is rarely realized or felt (if only that were the case), but many of these moviegoers have other things on their minds. You see, what these particular individuals care for isn’t the communal nature of movie-going, where everyone watches and enjoys in a respectable manner so that all can get the best possible experience. They apparently only care about themselves and how the collective experience, if they think this broadly, should conform to their own way of moving-going and that means bringing their lives to the movies, in the form of incessant talking, texting, and tweeting on their phones. Their conversations take front and center more than characters’ dialogues. Their cell phone screens take eyes away from the silver one. And, as a result, their behavior is thoroughly anti-communal, taking everyone around them out of the story, making the overall experience worse in the process.

In truth, this is a modern problem that happens during any time of the day, but in my experience I’ve seen it happen far more often at night when the younger crowds pack in the theater. I’m hard-pressed to think of a recent experience at night when I haven’t gazed down at the screen and been diverted by a flashing phone or heard viewers chitchat persistently behind me. This happens far less frequently during the matinees I’ve been to because not only are there fewer people to distract, there are fewer movie-goers who are as distracting. Typically, the matinees are mainly populated by either older people (middle-aged and above) or children with their parents (if the movie is suitable). To be sure, both groups have their own particular quirks that can be off-putting. The older crowds stumble to their seats and might mumble about a story point or two when situated, while children might direct questions to their parents or proclaim how cool something is, but these distractions are much more communal and innocuous than having an on-going conversation or tweeting. (Unless, of course, we are talking about someone’s bringing a baby, which is the worst thing that someone can do, and I will admit this most often occurs during the day, but it is rare). I will take an older person who’s disoriented or hard of hearing than the young adult who’s surely self-centered or arguably hard-hearted. I’d rather hear, “What’s going on in this scene?” than being peeved at someone saying, “What’s going on with you?” as they answer a phone call. With the former question, the level of engagement and curiosity makes all the difference to me, and it’s something I can much more easily abide (although if it happens a lot it becomes a problem) because, even if I don’t know the speaker, as common viewers, we are in the theater, and in the story, together. The same cannot be said for the latter question; it is removed from everything going on inside the theater.

In line with this communal side, if I am invited to a movie at night or my friends can only make a showing at that time, I am certainly not averse to going then. I want to experience good movies with friends and family (or even attentive strangers) almost as much as I want to experience them at all. But if I have any say in the matter, and if it works with everyone else’s schedule, I will try to steer clear from those later showings because I’ve been burnt too many times by the bright lights of cell phones and blistering chatter. The lack of a respectful decorum at the movies—even when there are numerous warnings before the trailers against such actions—hasn’t flat out driven me away from the theaters (as it has for some) to the comforts of my own home, and I honestly can’t imagine that it ever will because I love the theater too much, but the cell-phone obsessed and the incessantly talkative have greatly changed my movie-going lifestyle by pushing me to earlier showings in the day, to the brink of communal watching even, when there are fewer viewers and, by extension, fewer potential small screens and big mouths. And, I have to say, I’m not looking back either, even if that means I eventually find myself all alone in a dark theater without any fellow movie-lovers to connect with.