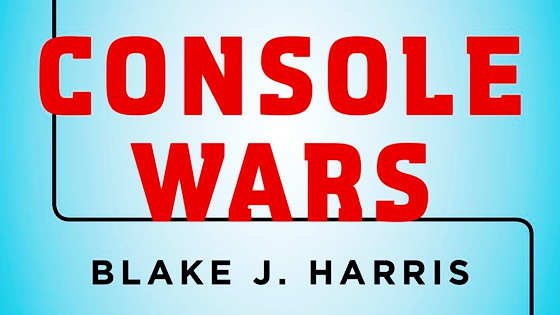 Outside of debating “Metallica or Megadeth?”, the biggest source of contention in my adolescence was what console was superior. Now as a spoiled douchebag, I always owned all of them. Thanks Mom, Dad, Grandma, Grandpa, and shitty teenager jobs! But it was furious!,  fun!, meaningless, and now a couple of lads are bringing that clash to the screen.

Evan Goldberg and Seth Rogen, the writers behind comedies Superbad and Knocked Up, are set to co-direct and write a movie adaptation of Console Wars, a book documenting the 1990s power struggle between Nintendo and Sega, U.K. publisher Atlantic Books announced.

Console Wars by Blake J. Harris tells the story of Sega when it was still a small company and its rush into the home console market, battling it out with Nintendo for control of the living room gaming space. The book draws from more than 200 interviews with former Sega and Nintendo employees and chronicles the arrival and shake-up of Sega by then-president Tom Kalinske.

Console Wars will be available on May 13 according to publisher Harper Collins, while Atlantic will publish the book in the U.K. in August.

“‘Blake Harris’s amazing book has all the narrative drama of the work of Michael Lewis and Ben Mezrich,” Atlantic Books founder Toby Mundy said. “It should appeal to gamers and non-gamers alike.”

Assisting with development on the film are Sony Pictures and veteran producer Scott Rudin, who has worked on dozens of titles, from White Sands to South Park: Bigger, Louder and Uncut, and more recently Moneyball and The Social Network. Author Harris is executive producing, as well as working with Goldberg and Rogen on an additional documentary on the same subject.