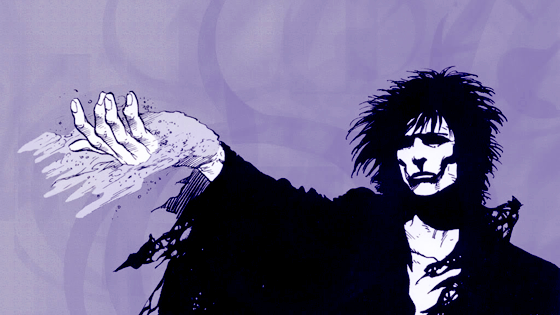 It’s JGL’s world, we are just living in it. Which given his track record is completely okay by me. Also, scribble me down as excited about the Sandman movie now that I know JGL’s probably going to end up starring in it, as well as directing it, producing it, and all that other happy horse shit. My excitement is in exact inverse proportion to how much Snyder and Goyer are involved with this bad boy. So yeah, I’m throbbing more by the minute.

Briefly: Joseph Gordon-Levitt has been confirmed as a producer and possible director and star for the Warner Bros. film adaptation of The Sandman. The comic series created byNeil Gaiman has been the subject of several possible film and TV adaptations in the past, but will now be part of WB’s new push to adapt DC properties.

This development was first reported by Badass Digest when David Goyer pitched a take on Sandman to Warner Bros.; we’ll have to wait to see if he signs on in a capacity other than producer, but it’s looking like we’ll at least see JGL in a role in the film. [Deadline]

Update: Gordon-Levitt tweeted about the deal, suggesting that we’ll see an adaptation of the first story arc in the Sandman series, collected as ‘Preludes and Nocturnes.’ In that arc the title character, Dream, is freed from captivity and has to rebuild his power base. The story features a chapter called ’24 Hours,’ in which a madman uses Dream’s power to influence people trapped in a diner, and which is one of the more horrifying issues in the series.