Archives
« Here’s WHEDON on how Ultron will be different in ‘AVENGERS: AGE OF ULTRON.’
GOOGLE and YOUTUBE making a run at NFL SUNDAY TICKET? Just Imagine »

‘XCOM: ENEMY UNKNOWN, getting EXPANSION titled ‘ENEMY WITHIN’ this November. 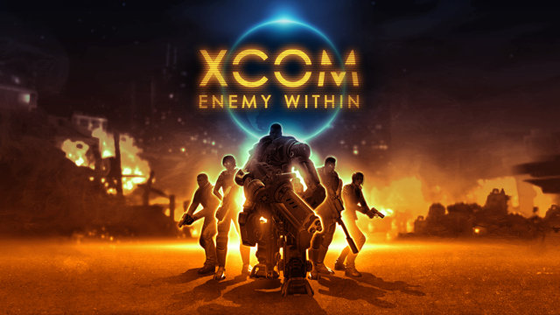 Intergalactic foreign-entity boner arriving in my pants! My tingling tip has just received news that one of my favorite games of the last year is seeing an expansion. Yeah, brah. I’m talking about XCOM. What is one of the few things that could make the title more dope? Fucking mech suits for your squad members.

XCOM: Enemy Unknown will seek out the “Enemy Within” when the critically acclaimed reboot receives its first major expansion on November 12. Enemy Within will be available on PC and Mac for $30, while Xbox 360 and PS3 get the $40 “Commander Edition” that includes a copy of Enemy Unknown and the Slingshot and Elite Soldier content packs.

Enemy Within takes place in the confines of Enemy Unknown, so it’s the same game with more stuff. That descriptive noun includes new soldier abilities earned through alien research, such as gene mods and MECs, more commonly known as “mechs,” even more commonly known as awesome mechanical exoskeletons that include flamethrowers and grenade launchers.

The expansion also adds new weapons and equipment, new enemies – like the “Mechtoid,” a machine-encased Sectoid soldier, more resources, additional “tactical challenges” on maps and much more content for multiplayer.