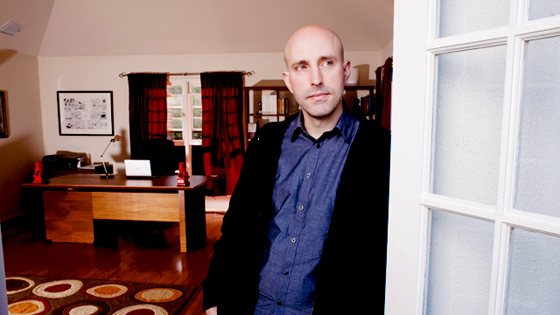 I’m with Brian K. Vaughan in thinking that digital distribution may be the best thing to happen to mainstream comics. However, it may also have been what plunged me into comic book-ennui for the first half of this year.

“I think the digital distribution revolution is maybe the best thing that’s ever happened to mainstream comics. I really miss the days when you could find a comics spinner rack in every drug store, but now anyone who owns a mobile device can have their own personal spinner rack, and it’s always stocked with every issue imaginable. I don’t know if creators at other companies are privy to exactly how many digital copies their books are selling these days, but the statements Fiona and I get from Image are pretty staggering. I realize that’s not true for every book, but the day when many titles start selling more digital copies than print copies is not years away, it’s months away.”

– Brian K. Vaughan, discussing digital comics in a new interview with Comic Book Resources about Saga and The Private Eye

While it’s neat that everyone can access comic books from anywhere (provided they have the hardware, or at least, the Internetz), it also disconnected me from the pleasure of my weekly comic buying-ritual. There was a procedure that I missed engaging in, a procedure that was half the enjoyment (for me). I can’t be the only one who gets (got?) great enjoyment out of the act of browsing the shelves, can I? Of shooting the shit with other dorks, milling in their recommendations and the such? I miss that, man.

However, the biggest hurdle I have with digital distribution is the various walled-in gardens that I have to circumnavigate, all without really ever owning my comics. I want the latest Massive? Dark Horse application. I want other comics? comiXology. Free Marvel download? Marvel application. I want to be able save these files to a hard drive, in case the various gardens crash? Go out of business? Are bought out? Tough rocks.

Those are my complaints, but I agree with Vaughan. Like most technological revolutions, my complaints regarding them are irrelevant. I need to adapt. Get with the times. If it means that my favorite creators can keep on mining their craft, I’ll get behind it. (I really already have.)