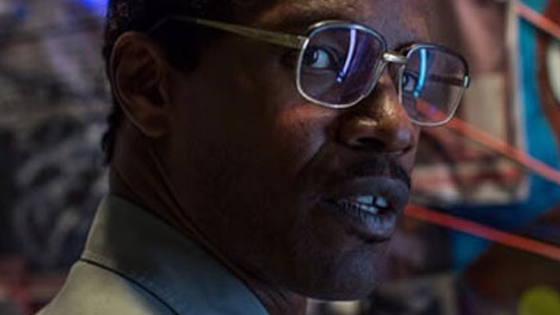 If your first grainy taste of Jamie Foxx as Electro wasn’t good enough, take this blast deep into your dome. It’s Sir Foxx as Max Dillon, the dorky malcontent that naturally goes on to throw down with Peter Parker.

Well, set pics have revealed what Jamie Foxx‘s Electro looks like after he becomes a supercharged superhero, but how about before? Well, take a look at Django Full Nerd.

Columbia Pictures has dropped the first official photo of Foxx as Max Dillon, an electrical engineer and lineman, whose unfortunate encounter with lightning changes his life. But perhaps more intriguing is what is going in the background of the pic, with Max already seemingly trying to figure out who the Spider-Man is. Of course, plot details are under wraps, and there’s no word on what comic series director Marc Webb and co. might be using as inspiration, but could we see Electro trying to take over the New York City power grid? Or maybe he’ll work for  J. Jonah Jameson, helping him to to bring down Spider-Man?

Speculate away below. Foxx goes electric on May 2, 2014. [RopeOfSilicon] 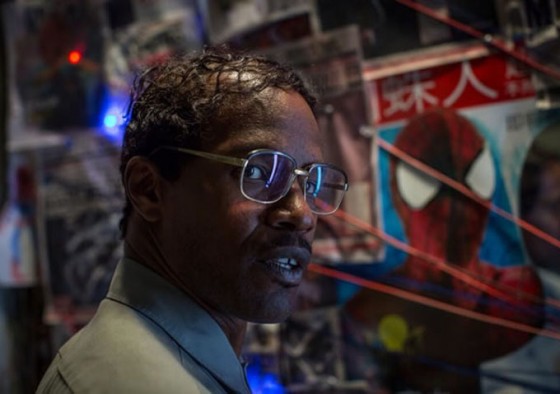